His music can be described as a tribute to modern-day Canadian living and traditional Cuban roots, harmonizing the warmth of a tropical soul with the wonder of Canadian beauty.

Since the release of his 2004 debut solo album Humo De Tabaco, Cuba has amassed a growing list of career highlights, including working with A-list musicians, Jason Mraz, Ron Sexsmith, and Nelly Furtado. With over 20 awards and nominations to his name, including four Latin Grammys, two Juno Awards and three Grammy nominations, Alex has received critical acclaim on a global scale while cultivating an authentic and nurturing fan base.

Released September 20th 2019, Sublime is Cuba’s seventh studio album. Self-produced and the first of which he played every instrument. Featuring numerous collaborations with both legendary and up-and-coming Latin American artists, such as Pablo Milanes one of the founders of the Nueva Trova sound, Omara Portuondo (Buena Vista Social Club), Leonel Garcia, and Silvana Estrada.

Fresh off of the announcement that Sublime has been nominated for two Latin Grammy awards, Alex Cuba has just released his brand new video for “Esta Situación,” a song off of the nominated hit record.

The song is both vulnerable and powerful, narrating the difficulty of being in love without the courage to express how you feel. Enveloped in a captivating melody and as if jumping out of the 70’s, the upright bass shines in this acoustic pop/soul feel good tune to light up your day.

Alex also has a handful of live and virtual performances lined up, including “The Resounding Concert” in support of Koerner Hall and the Royal Conservatory on October 17th, featuring appearances by numerous celebrities including Buffy Sainte-Marie and Meryl Streep.

Other virtual/live performances include:

*The 21st Annual Latin Grammy Awards telecast will take place on November 19 2020 at 8PM EST from Miami, with additional broadcasting partners to be announced.* 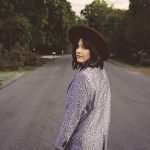 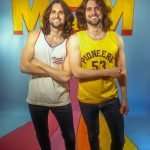