Having amassed over 25,000 Spotify streams in the first five weeks of releasing her hopeful yet heartbreaking debut single “Do Over” in September of 2020, rising country artist Parker Graye returns with her second single, “Before You Leave.”

Presciently written with Marcus Ramsay roughly six months before the break-up, “Before You Leave” details the dramas and frustrations of the behaviour that led to the beginning of the end with the Saskatchewan farm boy, Graye wrote about in “Do Over.”

Putting two and two together, Graye crafts a track that tells the story of a love going to hell in a handbasket. Missed phone calls, talking in a new tone, hiding in disguise, all of which eventually led to what Graye knew would be a closed-door on the relationship – gone without ever looking her in the eyes.

Being in love with someone who has one foot in and one foot out is something that leaves us questioning whether or not we’re better off saving the love we have for them, for ourselves. “When things just get frustrating, when we ain’t communicating, you’re already halfway out the door,” sings Graye as she sees he is unwilling to work out any troubles and would rather walk away.

Though true love is priceless, it is for true love, we pay the price. As we surrender our heart into another’s possession, not only do we trust it is in good keeping, we may also expect our idea of love to be congruent with theirs. “You drenched my heart in gasoline / this love ain’t looking like what’s in my dreams,” sings Graye as she begins to realize reality outweighs fantasy. We can tend to create false ideals of what could be instead of recognizing what is. 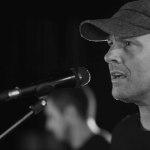 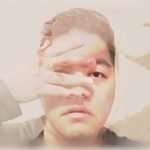