2021 was a great year for London-based, Suffolk-born singer-songwriter Dylan who won over an army of supporters, through the release of her three outstanding singles: “Nineteen,” “Someone Else,” and “You’re Not Harry Styles.” Her ability to pen a top song earned her spots on the road with Yungblud, Griff & Thomas Headon in the UK, whilst headlining her own sold-out show at the Camden Assembly.

Today the rising star releases her exceptional new single “No Romeo” along with its official video.  The song is a rallying call against wasting any more time on those that don’t deserve it.

It’s an empowering song, like all of Dylan’s growing discography. It doesn’t pull any punches when it comes to its honest, meaningful lyrics and addictive melodies. Speaking about the song, Dylan explained “I wrote ‘No Romeo’ with my best friends in mind. I was tired of them going back to their questionable exes and letting themselves be treated like crap (although I think I needed the song as much as they did!) and wanted, as always, to write something empowering. The aim was to write an anthem for the late-night drives with the windows down, the shouting at the sea because LIFE, and the screaming, crying, throwing up, heartbreak moments.”

The single, along with many others, can be heard live this month at her sold-out, energetic headline shows starting in Manchester (20th) and ending in Bristol (23rd), with a London show in between at The Garage (22nd). 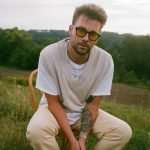