Hailing from Toronto Ontario, alternative rock band, Stuck On Planet Earth have made their presence known all over North America, sharing the stage with notable acts such as Scott Weiland & The Wildabouts, Weezer, and Motörhead. The band, comprised of Adam Bianchi (guitars/vocals), Al Capo (bass/vocals), and Andrew Tezzla (drums), have had their music featured on Canadian rock/alternative charts, gaining play on outlets including The Verge (XM), Aux TV, CBC and CFNY 102.1 The Edge. Known for their high-energy live performances, Stuck brings about a rawness and level of intensity that translate just as well on their studio recordings.

Produced by Steve Molella of Finger Eleven, “Ghosts On The Radio” is the latest single from Stuck On Planet Earth’s debut album, Beautiful Nowhere, set for release later this month (June 26th). “Ghosts On The Radio” is the perfect blend of rhythmic guitar, pounding drums, heavy bassline, and powerful vocals, that are front-and-centre on the track. “It is an homage to some of our biggest musical inspirations who are no longer living, but whose music is still very much alive,” explains Stuck On Planet Earth. “The song is particularly special to us lyrically because it’s about art outliving its creators. It’s the notion that art lives on forever in the physical world.”

The group has much to look forward to, with “Ghosts on the Radio” being the “perfect amalgamation of our style as a band, says, stuck. “It has the laid back, vibey verses and the big anthemic, heavy rock chorus. The song is the perfect cross-section of our sound and style that gives our audience an idea of who we are stylistically.”

With the album set to be released in the coming weeks, the trio hopes the listener can find something in each song; “the bigger picture is to have our music connect and resonate with them on some personal level, explains Stuck. “When they get to delve into the rest of the record, the music makes that much more sense in showing our identity as a band.” “We have upbeat/dance-rock songs, heavier rock songs, and a couple of ballads.” It truly is a “Beautiful Nowhere” leaving it up to the listener’s imagination as to how it reflects the happenings throughout their everyday lives. Sometimes you have to first become lost in a beautiful nowhere before ever understanding where you are headed.

Listen to Stuck On Planet Earth’s latest single “Ghosts On The Radio” below: 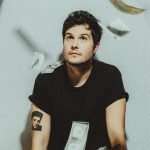 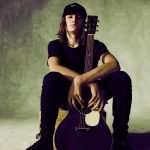