Haley Joelle is a 21-year-old songwriter and pop artist from Portland, Oregon. With her honest stories and sense of melody, presented in a mature yet youthful way, her music is sure to make you feel something.

Haley attended and graduated from production duo Stargate’s new pop music school in Lillehammer, Norway where she worked with mentors including Tor from Stargate, Emily Warren, Martin Sjølie, Andreas Schuller, Fred Ball, and more. While continuing to write for other projects, she’s also now focusing on her project as a pop artist and has most recently released her debut single “Emergency Contact.”

When did you first develop a love for music? When was it that you knew you wanted to pursue a career in the industry?

I’ve always loved music for as long as I can remember. 🙂 According to my parents I was always singing, and there were certain songs that would always help me fall asleep as a baby. I started playing the piano when I was five, so I feel like that’s when the fascination really started. I was also doing competitive dance and was in choir, so I was constantly around music. I’m not sure if there was ever a turning point where I decided right then and there that I wanted to pursue a career in music, but it’s always been a constant in my life, and I’ve always been motivated to try to make it happen for myself. Just because of how much I’ve always loved it. 🙂

I started writing songs when I was about eight years old; I think that’s when I wrote my first song. My dad used to try to help me finish them every weekend when I wasn’t in school, which was amazing to have that support at a young age. When I was younger, I would make up stories in my songs since I didn’t have much life experience. But once I was in high school, I started realizing I could write about situations that were happening in my own life. I’ve written at my piano my whole life so that acoustic/classic/emotional sound just always has felt right to me.

Congratulations on the release of your debut single, “Emergency Contact”! A song derived from a line said by Matt James in ‘The Bachelor,’ tell us a bit more about the story behind the song and how it came to life. What made you want to release it as your first single?

Thank you so much. 🙂 Honestly, when I wrote that with my friend Jordy, I had absolutely no idea that would be my first single. The reaction to that song on TikTok really blew my mind, and I had about 3 days to decide if I should release it or not, because my friend Jonny (who produces a lot of my stuff) was about to be out of town. Obviously, I did decide to release it, because the reaction was so positive and the messages and comments really touched me. I’m really glad that was my decision because it made me realize that releasing my music isn’t so scary after all.

What prompted you to post your music on a creative outlet such as TikTok?

A lot of people who follow me actually don’t know this, but I had been working an assistant job for a songwriter/producer for over a year, and it was really time-consuming. One of the reasons that came to an end was because I wanted to start doing more of what I love, so when I was home for the holidays in 2020, I finally had time to do what I wanted. I was bored, and also felt like I’d been getting pretty good at writing and vocal production for the past year, so the time felt right to start posting my stuff on TikTok. And I’m really glad I did!!

It’s been interesting for sure, but I feel really lucky to have the mentors I’ve had in the music industry so far. My advice is to be persistent, follow up, message, and email people, because you really never know what could happen. Write something every day, try to find what your strong suit is, and then focus on that. I was afraid for so long to put myself out there in any way because I thought I’d look stupid. Now I only wish I did it sooner. Putting my songs out into the TikTok world has helped me immensely and given me a lot of confidence in myself.

I’m really excited to release more songs this year and have it not be as much of a rush as Emergency Contact was. Hahaha. But for real, I’m just excited for people to hear the narrative of my project starting to come together, and of course I’ll still be writing all the time and posting what I write online.

In what way has your creative success heightened your focus when it comes to the release of original material and creating an identity for yourself and your career going forward?

The success I’ve had so far has only proven that I need to make more time for myself. It’s kinda like how you’d never let another person down, but you let yourself down sometimes. That’s how I felt working that assistant job – I kept pushing what I really wanted, down. I’ve realized now that I’m not crazy for liking these songs that I’ve always written, and that it’s actually my strong suit writing these story-oriented and emotional songs. So if I’m gonna put more time into anything, it should be that. I’m also figuring out how to have variety in my songs, while having it still feel like me; production wise and lyric wise, so that’s been a priority for me lately.

With the level of honesty, maturity, and vulnerability heard throughout your music, what message do you hope to deliver to the world?

This is such a compliment thank-you. 🙂 I really just want people to know they’re not alone, and to feel okay to talk about things that maybe aren’t often talked about. Obviously falling in and out of love is a huge part of life, and I have many songs about that, but there are also other topics that I feel like are important to have in songs. I want anyone going through any of those things to know that they’re understood at least a little bit.

Which artists are you most influenced and inspired by? Who would be your dream collaboration?

Oh gosh this is such a hard question. This might come as a surprise but Ariana Grande has been a major influence of mine since a young age. Adele too, Tori Kelly, JP Saxe, Sasha Sloan, Tenille Townes, Broods, and so many more. Dream collab would probably be Ariana. 🙂 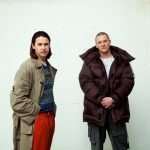 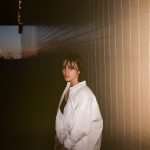