Hailing from the suburbs of Philadelphia, songwriter and performer Maria Crawford has been paving her way in the Nashville independent music scene since 2014. Formerly known as the folk artist Mar, Crawford has already released a series of singles under Wilby, her latest being “Joanna,” a song dedicated to her late maternal grandmother.

Taking inspiration from writers such as Carole King, Patty Griffin, and Van Morrison, Crawford seeks to embrace vulnerability while maintaining a sense of levity within her work. A sincere songsmith, her voice is strong yet soft and her music explores the concepts of tenderness, resilience, and mental health. Wilby’s debut EP Translucent Beauty is set to release this coming summer.

I grew up playing classical piano but despised practicing. When I was ten, my piano teacher passed away suddenly, and I remember sitting down at the piano and just improvising. Music became something entirely new. I began composing instrumental pieces in middle school and eventually got into songwriting when I bought my first guitar. By the time I was in high school, I knew I wanted to pursue music as a career.

Explain how the name “Wilby” came to be. How it is congruent with your identity as a musician and the music you strive to create?

I named this project after my late grandfather named Wilbur. He always hated it, and we’d joke about it sometimes. I want Wilby to represent an unabashedness to being my authentic self.

I began writing songs when I was a kid with my childhood best friend. It wasn’t until I bought my first guitar, and honestly Taylor Swift released her record Fearless, when I really got into writing about my feelings. As far as my “sound” goes, I think there’s a lot of intentionality I have in choosing what songs I write for Wilby, just for me, or for some other artist.

Hailing from the suburbs of Philadelphia, though continuing to pave your way through the independent music scene of Nashville, how has this challenged and/or benefited you artistically and individually?

Growing up in the northeast, I didn’t know anyone who pursued art as a vocation. In a place that’s very blue-collar, there’s a mindset of doing what you have to do to get by. I understand that I’ve been extremely privileged to have this even as an option, and whenever I go back home, I remember how brave I am in pursuing this.

As your music explores the value of tenderness, resilience and mental health, I reflect on the current state of the world. Explain the importance of these topics to you. How might your music be a good companion to those trying to find their way in this world?

I always want my music to be an extension of empathy, wanting people to feel understood and their feelings normalized. I explore ways to contrast the lyrics through the production of my songs, hoping that listeners can find a sense of levity and release.

Congratulations on the release of your new single, “Joanna”! Tell us about the story behind the song, and the creative process behind it. How might it differ in comparison to your previous releases? In what way is does it complement your catalogue thus far? What is the overall message of the song?

“Joanna” is after my maternal grandmother, whom I lost this past year. We have very similar personalities and interests, and I think of her often. I wanted to write a song that felt like her. Within the writing process, I read a quote by  Clarissa Pinkola Estés that described generations of women who “stood on the shoulders” of those who came before them, referring to it as a ladder.  It then kind of evolved into this idea that we are all made up of pieces of each other, and I find that beautiful. I think “Joanna” fits seamlessly into my other releases.

Your debut EP Translucent Beauty is set to release this coming summer. Explain the beauty listeners may find themselves lost in when first listening to the record, but also the level of vulnerability one can come to understand, that may help them further uncover the beauty you possess as a songwriter and human being.

The EP is all about letting the light in; it explores different ways we close ourselves off when experiencing fear, grief, and hurt and how I’ve found, being vulnerable and open makes things better.

I’m a huge advocate for always doing what scares you. Because if you’re scared, you probably love it a lot. For me, I’d rather fail than not try. And as far as starting off, fake it ’til you make it, baby!

With influences such as Carole King, Patty Griffin, and Van Morrison, who would be your dream collaboration? 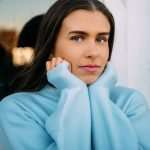 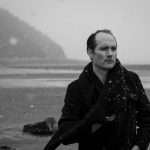