Breakout artist Sykamore may be new, but she is already turning heads in Country music. Now based in Nashville, the Canadian-born singer-songwriter is equal parts country and pop, mixing intimate reflection and empathetic storytelling with instantly memorable hooks and sing-along choruses that capture the emotion of listeners of all ages and backgrounds. With an old soul and young spirit, her arrangements are eclectic and infectious to match, drawing on influences ranging from George Strait to George Michael.

A native of Calgary, Alberta, Sykamore relocated to Nashville, Tennessee, after being discovered by veteran songwriter Rhett Atkins, who signed her to a songwriting deal with “Home Team Publishing” – founded by Atkins and his son, country star, Thomas Rhett.

Lauded by Music Row as a “winner,” and dubbed a “rising talent” by CMT, Sykamore’s most recent EP, California King, has amassed over one million on-demand audio streams and marked her first release for Music Knox Records/Wheelhouse Records.

Sykamore released the first of three monthly releases “Cheap Thrills,” which celebrates the simple moments in life that can make a person feel rich. Her second and release “Stay Broke” is about how sometimes it feels better to stay broken and feel what you think is love than have to move on and piece yourself back together. Her third and latest release “Go Easy On Me” tells a hauntingly familiar story about the lows we’ve all experienced after a breakup.

Sycamore trees often symbolize an abundance of characteristics congruent with various traits of human nature; strength, growth, perseverance, etc. Can you explain the origins of your name? In what way do these characteristics influence the way you carry yourself, not only as an artist and the music you make but as an individual?

That’s a keen observation! I definitely kept that in mind when choosing my name – I wanted it to reflect my music, and when I thought to describe the songs I used a lot of those words, as well as rootsy, pure, evergreen, etc. I think the strength part can be seen in my artistry and maybe when seen through a non-conforming lens. I’m very protective of my material in that I want it to be put out in a way that is authentic, not watered down, not concerned about pleasing everyone. I have a strong vision and I hope people can sense that when they hear the music.

At the invitation of Rhett Atkins, you joined the roster of Home Team Publishing in 2017 and later relocated to Nashville in the same year. Since making the move, what more have you come to learn about the songwriting aspect of music as well as the culture of Country Music?

I learned that it’s OK to have a dry well sometimes – becoming someone who writes songs multiple days a week, I thought I was losing my touch because I wasn’t coming up with a million-dollar idea every time. But the truth is, that’s just how creativity is – it can’t be scheduled. Sometimes you’re gonna have less to say that day. And that’s what is great about co-writing; someone else might be having really inspired ideas, and maybe they can help you get back into your groove. I also learned that you shouldn’t be afraid to be different. There is a temptation to do what’s already been done because it feels safe and there’s a notion of certainty knowing that people liked it already. But the most memorable artists are the ones who come along and they’re doing something no one has ever done, saying things no one has ever said. So I always tell people to find out what makes them different and shine a spotlight on it.

Following the release of your single “Stay Broke” comes a hauntingly familiar story about the lows we’ve all experienced after a breakup. Explain how your latest track, “Go Easy On Me,” can be seen as an anthem for those going through similar troubles. How much does a song like this allow for transparency in terms of understanding the intimate pieces of you that make up your music?

My favourite songs are the ones that cut you deep, in a lyrical sense. They get right to the heart of the matter, and they say what you’ve been thinking but haven’t been able to put into words. I like to think “Go Easy” is a song like that. I think everyone has been through something they weren’t quite ready to face, whether it’s a breakup like in the song, or maybe it’s something else that was difficult to go through. My hope is that people can hear this song and think of a time in their life when they needed someone to go easy on them, maybe even lie to them, because the reality was too much at the time. I’ve been through it in my own life, acknowledging that I just wasn’t ready to see the person I used to be with move on. It’s a momentary feeling, one that maybe just isn’t finished processing. But it doesn’t make it any less real.

Having grown up listening to artists such as George Strait, The Chicks, and Alan Jackson, as well as sharing bills with the likes of Miranda Lambert and Josh Ritter, who would be your dream collaboration?

Lana Del Rey. I am a huge fan of her music and I love how much poetry she incorporates into the writing process. I think we could write a really cool song together.

Well, getting back on stage would be a great start. Haha! My hope is that I will get to play a few shows this year as things settle down. The other goal is to just write a lot of songs. I took a bit of a break in 2020 as far as writing goes, because I had just finished up an album. But now I am ready to get back in the saddle and start the next record.

I touched on it a little bit in another answer, but I truly believe the most valuable thing an upcoming artist can do is identify their uniqueness and run with it. It might take a bit of soul searching and mistake-making, but finding out how you stand out is going to help people remember you, and that’s one of the hardest parts of this business; just cutting through the noise. The other thing I might say is, there’s no wrong way to start out. Sometimes people stress about their point of entry into the industry, worrying about whether or not they should get an agent or get a manager, or get signed before they try anything. You don’t need any of that in the beginning. Just start playing. Write all the time. Flesh out who you are as an artist, and your team will form itself as you solidify.

Pulse Music Magazine would like to thank Sykamore for her thoughts and sharing her music with our community.

Stream the single below: 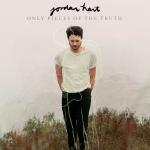 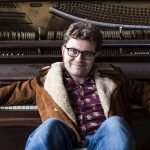