Sophia Fracassi has always turned to music to ride out life’s storms. The Canadian singer-songwriter is just 18 years old, but her voice is calm and confident, indicative of someone who has dedicated her whole life to her art. Taking inspiration from icons she’s long admired, Sophia wrote about what she knew. The intensity of a first love – and the heartbreak that came with it – helped gift her the perspective she is now repurposing in her music as she broaches adulthood and chases her dreams. She is no longer a little girl craving to emulate her peers, nor a teenager helplessly in love.  Sophia Fracassi wants to be fully herself, and for her music to be a vessel for the empathy and empowerment she holds close to her heart.

Her evocative new single “But I Do” was released today via Coalition Music (Our Lady Peace, The Tea Party, Scott Helman, Simple Plan) and all streaming platforms. With a gift for storytelling that is well beyond her years and inspired by the likes of Taylor Swift and Joni Mitchell, Sophia’s gorgeous new single is a hard-hitting, emotional ballad that showcases her remarkable vocal capabilities. “But I Do” was written by Sophia and Steve Molella (LØLØ, Finger Eleven), who also produced the track.

Sophia talks of the single,

“‘But I Do’ is one of the most vulnerable songs I’ve written so far. It touches on pretty well every single insecurity I have ever struggled with and forces my quiet thoughts out into the open. I hope that if the listener takes even one thing away from this track, they would hear that it’s okay to feel. Because it’s within the tension of breaking down and holding on, that we discover what we really care about and what we really want to live for.”

A native of Alliston Ontario, when/how did you first become acquainted with the Canadian music scene? What small-town notions do you keep close to your heart, as you look to accomplish all it desires?

Sophia Fracassi (SF): “My parents are both huge music people, so I grew up surrounded by music at all times. There has never really been a point in my life when it wasn’t a big part of my everyday! As I’m attempting to break out in this dense music scene, I think it’s really important to remember where I’ve come from, the trials I’ve experienced, and the people who have stood by me through it all. It truly takes a village, and that keeps me grounded.”

When it comes to adulting, society has a tendency to surround teenagers with the negative connotations of being unsophisticated or too naïve. As an 18-year-old doing all you can to pursue your passion for music while cutting through the noise, how have you been able to craft your youthful experiences into such a complex art at this young of an age?

SF: “I think I’ve always felt a little bit out of place in my own age group. Even though I have incredible friends my own age, I am honestly more likely to resonate the most with people ten to twenty-plus years older than me. I feel like that probably has something to do with a certain level of transparency that you gain with age – a trait that I really appreciate. There is something about being able to easily have a genuine, candid conversation with someone that just sits so right with me. This desire for honesty has really translated into my music because I write about exactly what I’m going through. No frills. I let people read my diary, essentially. It’s something I’ve decided to get comfortable with.”

Given your perspective on the world after various heartbreaks and hardships, you’ve come to know that sometimes things don’t go as planned, and life tends to throw one’s self in many different directions. Such revelations may help you recognize parts of yourself you never quite understood, and/or the pieces of yourself you long to share with others. What have you come to learn about both who you are as an individual, and who you’re wanting to become as an artist?

SF: “This past year of beginning a career in music has been an insane learning experience – I’m super grateful for it. I think one of the most crucial realizations I’ve come to recently is the beauty in deriving your happiness from the process, rather than the result. I’ve spent a lot of my life striving really hard to meet everyone’s highest expectations, always, causing a lot of issues with my self-esteem. When looking to meet said expectations, they became literally unattainable without having to sacrifice parts of myself. It’s a tough lesson to learn, and I’m sure I will have to go through it again, but sometimes it’s okay to just enjoy the ride. Work your hardest, yes, but don’t forget who you are in the process.”

Your latest single “But I Do,” is a hard-hitting emotional ballad that tells of the many insecurities you’ve been met with, and your courage to hold on, in an effort to discover what it is you truly care about and want to live for. Throughout the creation of this song, what are some things you’ve come to more greatly appreciate, and what sense of purpose has it brought to your life’s intentions?

SF: “Writing this song was a real pivotal moment in my life last year. It was sort of the catalyst for some seriously needed change. Bringing it from my living room piano to full fruition was such an amazing process. I have definitely cried so much more in the last year than ever before, and as silly as that sounds, I think it’s a really nice thing. I’ve learned to appreciate feeling my own emotions, rather than shoving them away. In my opinion, acknowledgment is the beginning of healing. I am a much happier and more open person this year, and it had to start there.”

Written alongside and produced by Steve Mollela, what was the creative process like? How has Steve complemented your creative vision? What’s the best piece of advice you’ve received while working with him?

SF: “I brought this song to Steve last fall, and knew that production-wise, it had to be really specific; not too much, but not too little either. Steve is such a pro, he was able to capture that vision perfectly. We wrote some killer harmony parts together, which elevated the emotion in the song so much. I think my favourite thing I’ve learned while working alongside Steve is to let the song tell you what it needs sonically. Never sacrifice the integrity of a piece in order for it to fit into some cookie-cutter mould -that will stick with me forever.”

You’re currently in the studio putting the finishing touches on your debut EP. What can you tell us about this collection of songs?

SF: “I’m extremely excited about this project. It encapsulates four out of five singles I’ve released so far, and caps it off with two new songs. It’s really special to me because it tells a story from start to finish; beginning with an initial heartbreak/pain, and going through the real-life process of deciding to get better and to be okay again. It’s really just the story of the last few years of my life, and I think it’s incredible to be able to share that with people.” 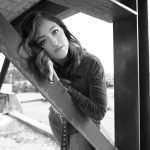 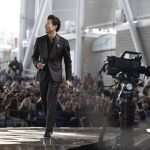