Founded in Edmonton, Alberta in 2006, Stereos first gained notoriety after appearing on the MuchMusic original series, disBAND. Following the release of their self-titled, debut album, their popularity exploded. On the strength of singles like “Summer Girl” (3XPlatinum) “Throw Ya Hands Up” (2XPlatinum) and “Turn It Up” (Platinum), the band began touring relentlessly, ultimately, racking up JUNO Award nominations for Best New Artist and Best Pop Album in 2010.

It has no doubt been a while since we’ve heard any new music from the band, but the wait is over! The MuchMusic fan favourites recently released their new single “Look Good” on June 10th, via all streaming platforms. Inspired by the pandemic and their personal lives, the band has created the ultimate upbeat pop song that is sure to be the anthem of the summer! Lead vocalist Patrick Kordyback, notes, “everyone who hears ‘Look Good’ will go, ‘yes, it’s a song for the summer.’ It’s an upbeat pop tune. However, when we wrote that song with my buddy, Dan Davidson, he had the idea where the chorus was ‘damn you look good’ – kind of a ‘picking someone up’ song, but because of everything we were going through we said, ‘No, let’s make it the flip side of that – let’s make it about self-love in the face of situations that make it difficult to feel good about yourself. Let’s make it about being happy with yourself no matter what.”

Last year marked the first time back together as a band in 8 years. How does it feel to be able to get back in the groove of doing what you all love after so long? Was there a true moment in time you all decided “hey, we should get back to doing this thing,” or did the right pieces just kind of fall together? What has the reception been like from fans since the release of “Sunset Gold,” and now, “Look Good,” after hoping for new music for some time?

Pat Kordyback: “It feels amazing! There’s nothing else we’d rather be doing. I’d say we really became motivated to give this another go after our two 10-year reunion shows in Toronto and Edmonton back in 2019. To be able to essentially disappear for so long and then come back to sell out shows was so inspiring. Our fans are so incredibly supportive, so with both”Sunset Gold,” and “Look Good,” the reception has been incredible.”

With “Sunset Gold” paving the way for what is a new musical direction for the band, explain how your latest single, “Look Good,” complements this musical direction. What is the band’s biggest hope for the song moving forward?

PK: “I think the songs still have the same elements we’ve always tried to bring with our music, with hook-driven pop songs played through a live band filter. What’s different this time around – I wanted to give more attention to the lyrics, which was an exciting new challenge. We’ve done a lot of growing up since we last made music, and I wanted that to come across. Our goal is always just to make music that people can connect with, in a positive way. So, if Look Good is able to do that, we’re gonna be very happy.”

The new single can be seen as a “pick-me-up” to those faced with difficult situations brought on by the current state of the world. Explain the importance of self-love, even in times of doubt. How do the lyrics of the song resonate with each of you? How has the making of the song helped the band collectively face troubles experienced throughout the past year?

PK: “So yeah, I think each member has their own connection to the lyrics on this song on a personal level, and that’s my hope for anyone listening as well. For me, it was just a time of such massive uncertainty and plenty of letdowns. I find music to be a great outlet in those times, so it was important to me that we shift the tone of the song to something uplifting in the face of adversity.”

What are the band’s goals for the remainder of 2021? Can we expect an album release or tour to be scheduled in the near future?

PK: “We just want to get back to a place where we can make more and more music and make up for lost time. The full album will be released in the fall and that will definitely be followed by our favourite part – getting out there to play live and meet fans!” 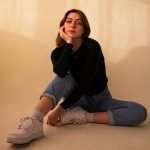 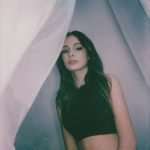