Quebec’s Alicia Moffet exploded onto the music scene after winning YTV’s The Next Star and later becoming a semi-finalist on La Voix by the age of 15. Now at age 23, she has continued to gain popularity since releasing her debut album Billie Ave in 2020. The album garnered over 17 million streams and spawned an army of social media fans.

Today, the breakout pop artist released her new single, “Lullaby” The song is a sassy track that infuses electro-pop with rich and complex sounds of R&B and soul while exuding disarming charm.

Alicia shares on the track,

“This song is really like an anthem for me, and I think it will be for many other people. I’ve always been the type of person who doesn’t want to disturb others by being too loud or not saying too much of what I think. I’ve also felt too often that people didn’t believe in me or looked down on me and this song is a way to release all the negativity that those situations brought me and to free myself from what I was putting on by just saying Fuck ittttt!”

Alicia Moffet (AM): “As far as I can remember music has always had a special place in my heart naturally. There never really was a moment when I thought to myself ‘wow I love  music and want to do it for a living.’ It’s like it’s always been clear that that’s what I  wanted to do without even thinking about it.”

Rising to prominence as the winner of YTV’s reality television show The Next Star, and later becoming a semi-finalist on La Voix by the age of 15, tell us about these experiences. How have they contributed to the growth you’ve seen in yourself as an artist/individual? In what way, may these experiences have influenced your musical direction?

AM: “These two experiences definitely made me grow a lot as a person and as an artist. I think the biggest impact it had was that I now just always want total control of my image no matter what. As much as I am extremely grateful for these experiences and they led me to where I am today, they are TV shows and the majority of what you see is super staged. They really decide how you come off. So now, it’s always so important to me that anything I put out under my name truly represents me and the artist I am.”

AM: “Looking back, I feel like everything just worked out so well. I am also grateful that my ‘popularity’ didn’t just happen overnight (like it happens sometimes to people that blow up on platforms or whatever). It happened gradually and so I had time to adapt every step of the way. My advice to someone who doesn’t know where to start is (and will always be) to make sure you REALLY REALLY know your identity as an artist before you make any big move. If you don’t know who you are, people will know for you and will label you as maybe something that you don’t want to be. Also, don’t trust everyone!”

Now at 23, you’ve continued to gain popularity since releasing your debut album Billie Ave in 2020. What was it like sharing these intimate pieces of yourself with the world?

AM: “It felt amazing! I actually love when people get to know me more. I myself really enjoy learning more about people and their stories. The songs I put out were all so special to me and were all about a specific moment in my life which I explained at the album launch so people could really understand where the song came from and it’s meaning!”

Fast forward to the present-day, you’ve come to release your anthemic single, “Lullaby.” How did the idea for this song come together?

AM: “The idea behind this song was basically that I had a lot of frustration that I was keeping to myself regarding many situations and writing it was just like a release to me. I’m not the type of person to confront people, pick fights, or basically just say my opinion too much when I know it could start a debate. So this song just makes me feel very empowered because I kind of just forgot what people thought and said what I wanted to say with no filter!”

How would you compare the creative process behind this single to previous releases?

AM: “The process was actually the same and always pretty much stays the same! I go into the studio with my producer, we talk a little bit about our lives and what’s going on. We start jamming to the piano and start to freestyle a little bit, decide what we feel like talking about and then everything slowly starts coming together!”

What does this song mean to you on a personal level?

AM: “This song for me is basically taking my power back. Saying what I want to say without being scared of what people might think. I feel like I have this image of having a perfect little life and being a nice little girl, but I’m actually very opinionated and just decide to pick my battles, and sometimes will be taken advantage of because of that *Laughs.* So that song really makes me feel empowered!”

If listeners could take something away from the song, what would you like it to be?

AM: “So simple: I want them to feel empowered by it. That’s it!”

What can we expect from Alicia Moffet following the release of the single?

AM: “More and more music! 2022 is my year of releases back to back! The last year and a half was really a preparation year, and this year so much stuff that we’ve been working hard on behind the scenes comes out!” 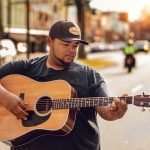 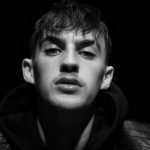