After releasing the successful single “Good Things,”—a song that sounds like a meditative warm hug, multi-instrumentalist Sam Kaiser has come to introduce his latest project Pocket Change, a 4-track EP that features the heritage folk tempo of Kaiser’s previous songs, but this time with more of a soft rock vibe akin to the work of someone like John Mayer.

Kaiser, an accomplished vocalist/guitarist for his young age of 20 creates little pocket universes that start off in a stripped-back style and then evolve into introspective, narrative-driven jams. Such is the case with the single “Give You Time,” a song about acceptance and personal growth—recurrent themes on the Pocket Change EP.

“It’s a song I wrote almost a year ago about a girl,” Kaiser says. “When I started thinking about it again, it became about a different girl.  Funny how those things happen. It’s also about feeling a bit uncertain and confused about where you stand with somebody you really lean on.”

Another stand-out track is “Back to Kingston,” a Canadiana folk tune musically in the same realm as “Good Things,” and layered to perfection with Kaiser’s fingerpicking talent and harmonic vocals. The song is in part about Kaiser splitting his time between his hometown of Hong Kong and Kingston, Ontario, somewhat of a new home as he attends school there.

“It’s also become a song about one of my closest friends,” Kaiser says.  “…. this song is about going through the motions of getting out of that negative headspace, and returning to the things that make you happy, and getting back into your life, even if it’s different now.”

Kaiser’s songs are short and minimalist and have a tendency to become stuck in one’s head due to their relatability and warm honesty. No song overstays its welcome and gives the listener just the right amount of time before jumping into the next one.

“It’s always lyrics first for me. The story is what matters the most when I’m writing,” Kaiser says. “I think what comes between the two before I find the melody, is the rhythm.  Finding that rhythm for me is crucial, so every word is heard in the way it’s meant to.”

In what way has the move from your hometown of Hong Kong to Kingston, Ontario influenced the direction of your music or perhaps taught you about the industry itself?

I think being able to see how the music industry differs between both places has been really interesting.  I’ve done a bit of behind-the-scenes work in marketing in Hong Kong, and I’ve worked more as a musician with Canadian companies and audiences, so it’s really intriguing to me to see how different and how similar audiences and audience tastes can be around the world.  In terms of my own music and songwriting, a lot of the themes and ideas I like to explore have stemmed from my experience growing up halfway across the world and the challenges of moving, adapting, and growing up in different ways and different places.

Congratulations on the release of your 4-track EP Pocket Change. When making the record, what did your creative process bring out in you that allows for others to understand not only who you are as an artist but as an individual?

Thanks so much!  I think my creative process has always been pretty individual.  I write, record, and produce all of the tracks and I truly enjoy all aspects of music-making, but I’m challenged in different ways of course as well.  I think I’ve always felt comfortable in a stripped back, acoustic style, but this project is a bit different in that I really tried to flesh out my music, so I hope people listening who have maybe listened to my other stuff can see that and see that I’m constantly trying to grow as an artist and experiment with my sound.

With a title like Pocket Change, is this to say the EP is much like pocket change itself? The change we hold in our pockets can be used for absolutely anything or shared with others.  Much like your tunes can be shared with many, they can also be taken with someone wherever they go and be the friend they need along their journey through life.

It’s funny you say that, Pocket Change comes from a line in Good Things, the second track on the EP, and the reason I chose it for the title is similar to what you’re saying here.  I thought of each of these songs like leftovers in a lot of ways.  They were songs that I had been working on for a bit, but didn’t really know where they fit in any sort of project, so when I started thinking about making an EP and looking at my Notes app with all my songs, these four stood out to me because they were the ones that I felt most confident about, and a through-line kind of emerged with a lot of similar themes appearing that I hadn’t considered when I originally wrote them.  Like mismatched, different-sized coins.  So yes!  Along with that, I do think that music, generally speaking, is like pocket change, everybody’s got some and it’s always jingling and jangling about.

As the EP explores recurring themes of acceptance and personal growth, is this as much a project in an effort to cleanse your soul as it is a message for others that letting go allows us to live and in turn, ease up on the expectations we tend to have of ourselves?

Yeah in many ways it is.  I find that when I write music there’s a lot of thoughtful melancholy that comes about, and I wanted to get away from that a little bit and try and make something a bit more upbeat and energetic to spin positive vibes onto difficult memories or ideas.  I really wanted to make Pocket Change something that people could bop their heads to and enjoy sonically but also be something of substance that they could think about afterwards.

I think my advice is just to write everything down.  I don’t think that every idea is a good idea, but if you have one, just make a note of it and revisit it later.  I can’t count the times I’ve written something that I thought was super thought-provoking or engaging, only to revisit it a day later and think it’s total crap, but sometimes you get real nice nuggets of something, whether it be a rhyming couplet, a figure of speech, or a catchy melody.  Sometimes you find interesting connections between different ideas you had maybe a year ago and maybe one you had yesterday, and those points of synthesis can yield really interesting explorations and ideas.  So yeah, write everything down, even if it sucks!

Pulse Music Magazine would like to thank Sam for his thoughts and sharing his music with our community. 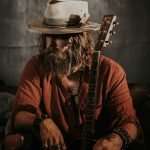 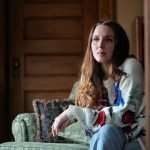