19-year-old singer-songwriter Mia Giovina is taking the internet by storm, using her platform to share her message and incredible vocals. With over 150k+ followers on TikTok, the New Jersey native hopes her music can create a safe space for listeners everywhere. Through the rewriting of popular songs and sharing of her beautiful originals, Mia has learned to carve out her own musical identity.

Out earlier this month was “Sirens,” the highly anticipated debut single from Giovina, about outgrowing a place you’ve known your entire life.

Throughout quarantine, Mia had tried and failed to write a song like this one. They were all so unnecessarily angsty and none of them felt right. However, once her mindset changed from “I hate this town and I need to get out” to “I love this town but I know I can’t grow if I stay,” she found her voice. And thus, “Sirens” was born.

Upon posting a clip of the song to TikTok and having it go viral, Mia saw just how much the song echoed the feelings of many. “To see Sirens resonate with so many people inspired me to release it,” says Mia. “I hope to continue to create music that makes people feel seen, understood, or less alone for the rest of my life.”

What drew you to the music industry? Was there ever a moment in time when you felt like music is what you’ve been called to pursue, or at least make your primary focus?

I don’t think there has ever been a time in my life where I wanted to do anything other than music. I have always felt a connection to music, and as I’ve gotten older and more experienced, it truly feels like making music is what I’m meant to do.

Congratulations on the release of your debut single, “Sirens!” Can you explain the creative process that led to the making of the song? How might the song serve as a reminder to yourself, and others, that as individuals, only we can control our mindset and how we respond to certain circumstances?

The process of making this song was a bit overwhelming. I hit a million walls, whether it was finding the right producer, recording and then losing vocals or writing lyrics, etc. There were plenty of times that I thought about giving up and just trying again next time, but I never did. In the end, I think everything happened for a reason, and I am now stronger and more independent as an artist because of it.

In a world as bleak as we’re experiencing, social media presence has become increasingly important when trying to get one’s music to reach as many ears as possible. Seeing how much the world relies on digital technology, explain just how much of an impact it has on music itself?

I always say that Tiktok literally runs the music industry now. If a song goes viral on TikTok, it goes to the top of the charts. I feel like TikTok has opened so many doors to the industry for smaller artists like me.

In what way have your recent successes heightened your focus when it comes to the release of original material and creating an identity for yourself and your career going forward?

Being on TikTok and seeing such a positive response to my original music has definitely given me the motivation to work really hard to create my own image. For a long time, I was known as the “rewrite girl,” and that was it. Now, the more original music I post, the more I’m becoming known as Mia Giovina.

I honestly just want to make beautiful music. I want to work with as many producers, writers, musicians, and artists as I can. I think my main goal as an artist has always been to just make music that I’m proud of.

What advice might you have for others that may be too afraid to put themselves and their music out there for the world to hear?

Start small! Try sharing your music with the people you love. For a long time, my friends and family were my only fans. They were the people who cheered me on at performances or hyped up my singing videos. Whether they actually thought I was good or not wasn’t important. It was the feeling of having their support that ultimately encouraged me to keep going.

Which artists are you most influenced and inspired by? Who would be your dream collaboration?

Taylor Swift. Taylor Swift. Taylor Swift. She has been my biggest inspiration for pretty much my entire life. I remember being six years old and getting her debut album in my easter basket. She is so smart and intentional in everything she does. Every lyric, every video, every move she makes has meaning. I definitely would die to just sit in a studio with her and watch her mind work.

Pulse Music Magazine would like to thank Mia for her thoughts and sharing her music with our community. 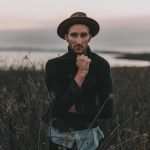