Vancouver’s Josh Ramsay is ready for his foray into his solo music career. The Marianas Trench frontman indulged himself during isolation by writing songs in as many different genres as possible. Forthcoming is his debut album, The Josh Ramsay Show, set to release this spring via 604 Records.

The album is a sweeping exploration of musical styles featuring collaborations with a wide range of Canadian singers from across the musical spectrum that rings in at 18 tracks in all. This album is a love letter to music as a whole, never sticking to the same genre twice.

“Best of Me,” the second single released from the upcoming record, sees Ramsay teaming up with multiple JUNO and CCMA Award winner, and country music superstar, Dallas Smith.

In the name of country music, we are presented with a track that is as drenched in sorrow as it is redemption. No matter what we want to believe, feelings that come back, are feelings that never left. Who knew the person that once made us the happiest, could also be the one to make us the saddest; a real tug-of-war of the heart.

Josh Ramsay shares on the track,

“Before we got married, there was a time when my wife and I were split up. I felt like I couldn’t successfully be with anyone else because the best parts of me were still wrapped up in her. This proved to be very true for both of us – and we got back together and got married in the end.” 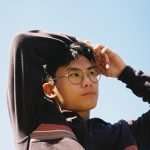 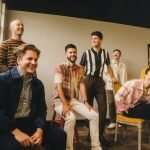