We all should learn to live like a child in the company of a colouring book. With a heart so pure and a mind full of innocence, the child may find themselves colouring outside the lines, knowing no restraint.

This behaviour encourages imaginative thinking, as expanding beyond the lines explores the universe of one’s mind. Something Toronto-based singer/songwriter Michelle Treacy has begun to adhere to as she continues to grow as a musician.

As a young artist, full of raw emotion and authenticity, Michelle found herself winning CTV’S second season of The Launch, performing on stage with Lady Gaga, and having her radio single “Armageddon,” placed on the Billboard Canadian Hot 100 chart for 16 weeks.

Although she has found much success within the pop genre, her brand-new track has a shoegaze rock feel. “This new direction represents a new beginning for me, creating what I want without limitations,” explains Michelle.

“Time Off From A Letdown” represents the feeling of “letting everyone down; however, the reality being that you are only letting yourself down by putting others first,” explains Michelle. “It is about refocusing on yourself, as I have spent the last couple of years doing just that after going through such a dark time in my life.”

The track gives off an ethereal modern psychedelic vibe with swirling and dreamy guitar work, having a lust for reverb both sweet and slow.

Michelle’s hazy vocals and mellow lyrics serve as a reminder that she does more than write music; she feels it. It is not just a song; it is a story. A story of love, light, hope, and redemption. Love those close to you but not before you learn how to love yourself, let your soul shine through in all that you do, hope for better days, and find redemption in those lost as you look to create a new reality.

Toward the closing of the song, the melody becomes even airier in sound, indicating that Michelle may have reached an epiphany. As if to say, “I’m finally where I want to be and am free to be the best version of myself for myself.”

Having followed her internal compass, Michelle chose the perfect genre to allow her to properly get her message across while creatively breaking away from her traditional pop sound.

So, colour till your heart’s content, and remember, don’t be afraid to go outside the lines. It may bring out a part of you that you would have never thought was possible. 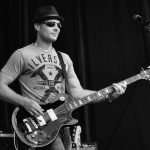 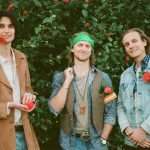