Derby born and newly London-based, Oliver Keane is a singer-songwriter and multi-instrumentalist. He first picked up a guitar aged nine, initially training classically and forming a strong technical foundation to his playing. Since hitting his teens, Oliver was determined to forge his own path and has barely paused for breath.

Having grown up in a house full of Pink Floyd, Led Zeppelin, and Nirvana, then exploring his own tastes, artists such as James Morrison at first, and then more indie-leaning bands like Catfish and the Bottlemen. Oliver’s diverse taste in music and constant drive to create has driven his unique sound, firmly cementing him as an exciting artist to watch.

Despite being just 18 years old, Oliver has been writing songs on the daily for over six years. “We’re talking about thousands of songs. I can’t remember the last time I went without making music, or having some form of an idea just sitting in the back of a train, singing to myself like a weirdo…”

An epic first move for 2022, Keane unveils his biggest moment yet with an intoxicating new single “3am” via Platoon, plus news of his debut EP in the pipeline!

The compulsive drive towards making music never stops, even when nature calls, sharing more Oliver explained: “I wrote ‘3am’ on the toilet one night, I do that quite often – go to the toilet, start writing and then I’m there for six hours. I wrote ‘3am’ in the space of 20 minutes, and it’s still my favourite song so far. It’s the staple track – it’s my Wembley song”.

Hundreds of thousands of fans have been patiently waiting for the release of “3am” after Oliver uploaded an early demo of the track to TikTok last year, just raspy effortless vocals, clever phrasing, and a guitar.

“3am” follows Oliver’s second single “Fall Down”, a guitar-slicked anthem touching on matters of the heart. The indie-rock offering showed a heavier side to the rising artist’s sound, whereas stripped back debut single “In The Morning” represented a more tender side to his music. Driven by distinctive vocals, clever songwriting, and catchy melodies, Oliver’s debut EP coming soon, looks to be an impressive body of work. 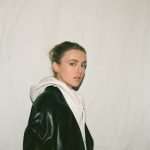 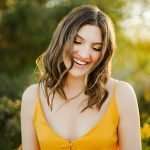