Multi-platinum chart-topping singer, songwriter, producer, and multi-instrumentalist Lauv, released his brand-new single and video “All 4 Nothing (I’m So In Love).” The single serves as the title track of Lauv’s highly anticipated second full-length album, All 4 Nothing, set to be released in August.

On the inspiration behind the new single, Lauv shares,

“‘All 4 Nothing (I’m So In Love)‘ is a song about loving someone so much at a time in your life when you’re still in the process of learning how to love yourself and being scared of how your own personal insecurities could ruin a love that is and could be so genuine and transformative. In essence, it’s a song about surrendering to love and life.”

On the video shoot, Lauv continues, “shooting the video with Hannah Lux Davis was an amazing, eye-opening experience which has not only pushed the boundaries of how I see myself as an artist but also as a clear example of the true artist that Hannah herself is and her ability to bring those things out in the artists she works with. It surpassed every dream I could’ve had for shooting a video for this song.”

On his upcoming album, All 4 Nothing, Lauv opened up like never before to expand his signature sound. He focused on the storytelling and crafted an immersive and irresistible body of work steeped in moments of nostalgia, conflict, and ultimately, self-empowerment.

Lauv’s North American headline tour will kick off on August 11th, with stops in New York City at Hammerstein Ballroom, Nashville at Ryman Auditorium, and Los Angeles at The Greek Theatre. 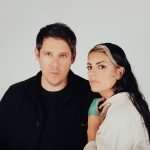 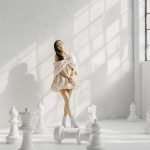