Making music since the age of 8, Riley Michaels has quickly become a driving force in the Canadian music industry, opening for famed pop-metal band Honeymoon Suite, as well as kicking off Canadian Music Week.

Following the release of his 2017 debut EP Toxic Love, the Contemporary Pop/Rock artist has recently released his first single in three years. A bold and upfront message about not making the same mistake twice in a relationship, “Now I Know” is centered around a funky bassline and an in-your-face drum beat.

When asked to provide some background on the song, Riley had this to say:

“This is a song detailing a person who has had bad experiences with relationships, and now that person has a grip on their desires, and what they truly want out of a relationship with a person.”

The 19-year-old takes the ageless wisdom of the 1980s on a ride to the 21st century. Channeling the lyricism of one of his greatest inspirations, Prince. In particular, his 1984 hit, “When Doves Cry.”

Lyrically, the similarities between the two songs are rather haunting. The tears of a dove symbolize new beginnings and that things are changing from bad to good; much of what Michaels expresses throughout his latest single.

“Now I know what not to do,” sings Michaels. He’s begun to realize his mistakes as well as what serves him and what doesn’t. Something Prince notions toward in the lines: “Maybe I’m just too demanding, maybe I’m just like my father, too bold. “Maybe you’re just like my mother she’s never satisfied.” Two people that were once in love found themselves at an impasse due to never being satisfied with one another, so it was time to move on. Yet another similarity as Michaels sings, “Two different worlds collided, for a minute we were better as one.”

The old soul of Michaels is coloured with musical genius and a lesson some people go a lifetime without learning. Now he knows, what it sounds like when doves cry.

Be sure to follow Riley on all social media channels to stay updated with the latest: 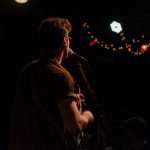 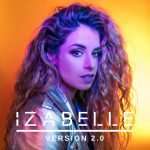