Today, electro-pop singer-songwriter Darla Jade shares “Glitch In The Matrix,” a poignant shimmering new track that is a snapshot into an impossibly difficult time.

Using songwriting as a catharsis, “Glitch In The Matrix” comes as a beautiful and moving moment of release. The haunting single is a flawless showcase of Darla Jade’s standout vocal talent and songwriting ability.

Sharing more, Darla explained: “Emotionally, ‘Glitch In The Matrix’ was one of the hardest songs I’ve ever written. We wrote it just before my younger brother had a major operation to remove 2/3rds of his lung due to a tumour.

It was such a scary time and I just cried throughout the majority of the session, but Rory and Sophie were so supportive and I’m so proud of us for creating this.”

Born and bred in Stoke On Trent, Darla Jade has been making waves and winning hearts since she launched. With her homespun sound nestled somewhere between pop and electronica, she’s already built a stellar reputation thanks to a diverse and captivating string of releases. From euphoric sky-reaching bangers like “Broken Armour” which came out earlier this year,  to more emotive moments like “Problems” this exciting new artist has got you covered.

“Glitch in The Matrix” follows the release of the aforementioned “Broken Armour,” which came out earlier this year. Both singles are taken from Darla Jade’s sophomore EP which will be due for release later this year. 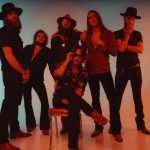 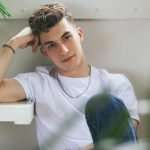