Brooklyn-based alt-pop singer-songwriter Sabrina Song shares her long-awaited, delicate third EP When It All Comes Crashing Down, produced, written and engineered by Song herself. Alongside the full release, Song shares the latest melancholic, piano-driven single & accompanying stirring video for “Down.” The dark, weighty tune sees Song earnestly wrestling with the fears that come with falling in love.

The four-track collection from Sabrina Song is a tender, observational glimpse at the artist’s assessment of relationships in her life where she discovers her own strength as she learns to advocate for herself; further solidifying her sound and sense of self. Song explains, “‘When It All Comes Crashing Down’ represents a personal and musical evolution for me. The majority of my songwriting prior to this project was extremely inward-facing, working through my internal issues, insecurities, doubts, and streams of consciousness. I began writing this project at the end of college, and finished writing it by the end of last year. It was a period of rapid growth and transformation for me, and for the first time in a long time, I felt real security in who I am as a person and artist. I found the ability to turn outward and begin evaluating my relationship dynamics, holding people accountable that I’ve let walk over me in the past, and being the best person I can be in the friendships and relationships I hold dearly in my life. The result is four songs that find me trying to advocate for myself in my romantic and platonic relationships, and find a stronger sense of self and happiness.”

Speaking to the project’s title and its production, Song adds, “’When It All Comes Crashing Down’ is a kind of hyperbolic way of saying that sometimes you need to let certain people and stressors go in order to make room for the ones you really care about. In terms of production, I ventured out of my comfort zone by creating new sounds, experimenting with playing guitar and bass elements on my songs for the first time, and practicing restraint at the same time.” The project was mixed by Daniel Neiman, mastered by Gabi Grella, and includes bass playing by Garrett Chabot, cello by Kate O’Mara, viola by Luke Quintanilla, and string arranging by Emma Botti.

“Down” is an achingly honest track in which Song bares her innermost fears about falling in love over spacious, deliberate piano keys. Diving into the meaning of the track, Song explains, “Down” is a worst-fear song for me. When you fall in love with someone and it’s going really well, they’re entering your life when you’re at your best. This song asks “What happens when they experience me at my lowest? Will they want to stay?” I’m terrified of bringing someone down with me that I care about, and imagine a scenario where all they feel is pity and distance. I’m also afraid of becoming a burden for someone, and would rather “leave them wanting more than getting sick of me,” as I state in the song.” Sonically, Song adds, “I wanted the arrangement to feel sombre and stark, with isolated strings rather than a moving symphonic arrangement.”

Its accompanying powerful, metaphor-filled video directed by Isabella Danzi depicts Song first behind a piano, then cuts to Song donning a ballet leotard under a spotlight with a group of ballerinas moving swiftly together in the shadows behind Song. Providing insight into the inspiration for the visual, Danzi explains, “In much of her work, Sabrina closely explores the theme of being her own biggest threat––in this case meeting someone at your high and wondering if they’ll still be there at your low. I wanted to recreate the moment Sabrina wrote ‘Down’: the stillness, her radiance, letting the song come out in one breath, and the bond between her and the piano. I wanted to dramatize her darker thoughts and fears––facing herself in the mirror, the ballerina’s perfection and precision moving in and out of shadows, taunting her.”

Song adds the video plays into her own precision, perfectionism and vulnerability when it comes to relationships, using the ballerinas to embody such techniques.“We wanted to keep the video for ‘Down’ very intimate and simple. There’s something about watching ballet that requires the audience to buy into the fantasy; there is so much technical precision and physical exertion, years and years of training, but they make everything look effortless. I’ve always been a perfectionist, or at the very least had very high standards for myself, but I tend to play down that effort at the same time.” Song continues, “‘Down’ is basically about how that perfectionism affects my relationships and my ability to be fully present and vulnerable, and the video carries through that metaphor.”

The project’s first single “Doors” and its accompanying video, is a contemplative track that finds Song reckoning with the desire to hold on to herself in the midst of an unhealthy relationship trying not to let one small action lead to its demise. It sees her gently explore toxicity, reckoning with ways to address a relationship that has remained unsustainable. A quiet edge exists throughout the track, where listeners may find themselves waiting for the beat to pick up, or explode, but it never does, brilliantly capturing the feelings evoked by the lyricism and song itself. Song explains,“‘Doors’ is about a toxic relationship where no matter what you do or say, they are never satisfied. I reference specific moments throughout my life where it feels as though I was letting someone down or being let down myself, yet was still made to feel as though it was my fault. The chorus shows that feeling you have when you just need to get out of a situation and be alone to process: “I don’t care how it sounds, I just want to go home.”

Through soft vocals and a bubbling melody, Sabrina Song is able to put words to a nuanced and difficult emotional relationship. Here, she masterfully examines the complexities and frustrations of love of any kind. She sings, “But I’ve never said the things you said / And how do we forgive and forget / When you’re a different person than the one I met.” Song looks at change and disappointment directly, beautifully voicing her concerns in her signature, relatable and cathartic way.

The music video, directed by Zac Dov Wiesel, sees Song reliving high school moments, from getting ready for prom, to high school football games, a birthday party and more. One of the high school football players can be seen throughout the video, with whom things continually seem tense. Explaining the idea behind the video, Wiesel adds, “We wanted to capture this time in adolescence that is filled with such an odd mix of feelings. To portray something that is so serious yet so silly. Capture something that feels so real and is also filled with artifice. We imagined a lot of these scenes like moments frozen in time, like photographs. What does it look like to be winning but also be so hurt?”

The opening track of the EP which features Song’s own guitar playing for the very first time, “To Know You” is a dramatic, James Bond, 60’s pop-inspired tune that transforms into a larger-than-life indie rock song. “This song tells a hyperbolized story: even when everything is falling apart and it feels like the world is ending, I’m grateful to have this one person.”

Written in and around Strawberry, California, the layered, smooth “Strawberry” was inspired by the toll it takes to be caught up in constant small arguments and distractions from someone, and the courage that comes with refusing to participate. About the track, Song says, “It can feel impossible to be present, and create a feeling of constant anxiety. At the same time, I wanted the song to take a definitive stance against this behaviour, and show that I’m not going to accept it: “I’m not missing the sunset / I’m not missing that for you.”

Sabrina Song, who cites Mitski, Lucy Dacus and Carole King as inspirations, has released now three EPs–Undone, and How’s It Going To End?, in 2019 and 2020 respectively, and today, When It All Comes Crashing Down. Each project consistently builds upon her prior work and remarkably elevates her artistry as she elegantly explores the nuances of love, self-doubt and growing up. Today, Sabrina Song, who is the sole writer and producer behind her work, brings listeners into her intimate, pensive world on her terms. 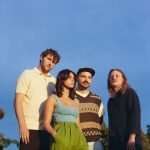 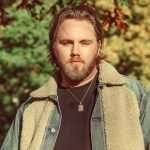