No stranger to the international pop scene, Florence Arman has worked with artists such as The Kooks, Barns Courtney, Rhys Lewis, G-Flip, Crystal Fighters, filous, Harry Hudson, Cro and Lena Meyer-Landrut to name a few. She is now dedicating herself to her own intimate, yet witty and light-hearted artist project. She writes all her songs alone and works with a close team of producers to finish them. She comes from a family of English musicians; her father is a conductor and composer, her mother a vocal coach, one of her brothers a jazz guitarist, and the other is a songwriter/producer. Arman released her debut EP in July 2021 and is now working on another 7-track EP to be released this year.

Heart-on-the-sleeve to its very core, Arman’s latest single, “Stupid Heart” is an incredibly honest, yet emotional, self-reflective track. Speaking about the song, Florence said, “‘Stupid Heart’ is the first song I wrote about family stuff. Being the youngest in my family I think I’ve inherited a bit of baggage, which is normal I think and totally fine, but then again I still want to be able to write very dramatic songs about it.” 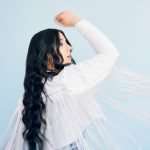 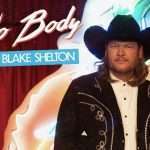