Born to German and American parents in California, singer-songwriter Sophia Alexa was raised in Amsterdam and has been based in London for over 10 years. Moving schools and cities a number of times, she often found herself feeling like an outsider and music was the one constant she could cling to. Growing up, Sophia developed an enduring love for classic singers like Joni Mitchell, Carole King, Stevie Nicks, and Neil Young, who have all influenced her style, mixing folk-inspired pop music with an electronic edge and her soulful voice as the focus.

The fast-rising newcomer continues to build the momentum around her name with “Hit and Run” the follow-up to well-received debut single, “House Of Cards.” Alexa beguiles again with her dreamy brand of indie-pop. Speaking on the release, she states:

“I wrote ‘Hit and Run’ after I noticed myself feeling the need to escape every time I got too close to someone. I was afraid of feeling trapped or attached even if the relationship was positive. The escape felt like a defence mechanism and writing this song was a way to summarise that feeling. In the process of writing it, I wasn’t sure if the title was too dark, so contrasting it with more uptempo drums was a great way to hide the reality of the lyrics.“ 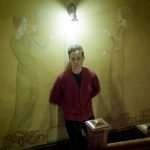 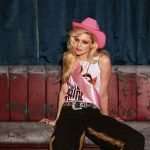