Kicking off the New Year, Niagara-based band The Cabaret Quicksand is back with a brand-new indie-folk tune, “Colours,” featuring powerhouse frontwoman Serena Pryne of The Mandevilles.

In today’s world, we often find ourselves being pre-judged whether it be being accepted or rejected by the colours used to describe and label one’s appearance, occupation, or political and social ideals. We become quickly dismissed and publicly shamed if our colours are not accepted by our critics.

The band shares on “Colours,”

“As you know, more than ever there is a tug of war between the left and right political spectrums and as a result, the world has become divided. Each thinks their approach/methodology is superior and each is willing to throw the other under the bus to prove who is “right” and blame who is “wrong”. As a human race, we have resorted to character assassination and shaming each other on all media platforms for the political, religious, and social beliefs we possess. We are described by colours more than ever whether it be our appearance, political spectrum, occupation, and so on. The song is really a play on all of these things. If you’re prepared to divulge the colours to describe yourself, maybe it’s better to keep it private, otherwise, you’re risking going into “the lion’s den” and being pre-judged and dismissed by people that represent other colours. The colour ideology has become a violent extension of society. We need to change it before it’s too late.”

Society is oppressing a variety of colours. We need to unite as one in this period of imbalance. Let’s look past the colours and let this powerful message be an aid in fostering the changes needed to build a bigger and better tomorrow. 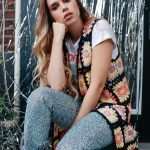 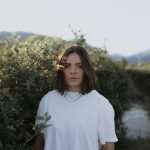