The Fugitives, a folk-collective headed by songwriters Adrian Glynn and Brendan McLeod, have toured extensively throughout Canada, Western Europe, and the UK. Joined by banjo player Chris Suen (Viper Central) and violinist Carly Frey (The Coal Porters), the group has earned a reputation for unforgettable live shows, brimming with complex harmonies, infectious storytelling, and top-notch musicianship.

In 2017, McLeod watched his mother compete at the Masters National Curling Championship in Guelph, Ontario. Following, soon after, was a banquet. There, McLeod spoke with an older woman whom he believed to have grown up in the 1940s.

Antiquated technology, drinking water straight out of lakes, buying houses for no more than five dollars. A fairy-tale way of life by today’s standards. “As if those living back then were devoid of passions and desires, dreams and fears,” thought McLeod.

Reciting the poem, he says:

We are the Dead. Short days ago

Loved and were loved, and now we lie

McCrae’s poem is a beautiful plea to remember our fallen soldiers but is also a call to arms, as we are one and the same.

Having had that encounter with the woman at the banquet, and reciting the poem, McLeod realized that people were no different from time ago as they are today and that they are in fact, real people with passions, desires, dreams, and fears.

To make present the history of our yesterdays, McCrae put in motion his call to action, a project he calls, Ridge. The 80-minute film retells the story of the Battle of Vimy Ridge through documentary-style monologue and performances of songs written during WW1, reimagined by the group in honour of Remembrance Day, incorporating stories often left out, including those of Indigenous people, and Ukrainian Canadians. As he walks you through the history of the battle, Brendan dives into the misconceptions and varying perspectives surrounding it, often referred to as the “battle that made Canada”, resulting in over 10,000 Canadian casualties.

Ridge was initially commissioned as a monologue by Brendan to be performed on The Chan Centre’s stage, and due to COVID-19, morphed into a feature film with the accompanying historical music.

When asked about the record, the band had this to say,

“Trench songs were written by frontline soldiers during WW1. Essentially protest songs, they were often parodies of well-known tunes. We’ve rewritten new melodies and music for these words, in order to more readily access the emotional content of the lyrics and to continue folk music’s long tradition of reshaping songs over time — the same way soldiers reshaped these songs in the trenches. It’s the most stripped-down album we’ve done. During the pandemic, where war metaphors abound, these songs have given us much-needed perspective around hardship, the sacrifice of previous generations, and, mostly, what vulnerable communities can be forced to endure at the hands of the government and military in a crisis. We think about these soldiers when we sing and hope you will too.”

An important chapter in Canadian history, the poignancy of Trench Songs, and the cinematic storytelling of Ridge, help put into perspective the courageous yet tenacious fight our soldiers fought. Ultimately, playing a pivotal role in shaping our beautiful country of Canada. 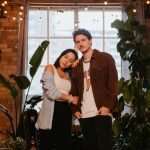 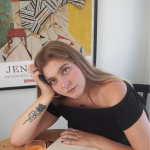