Take a ride with me on the funk train. Next stop, Charlotte, North Carolina where we’re introduced to “Indie-Funk Fusion” trio, BadCameo.

Lando Pieroni (Vocals, Guitar), Geoff Weber (Keyboard, Bass), and Dan Mead (Drums) have hit the ground running since their formation in September of 2017. Landing on Spotify’s “Fresh Finds” playlist, they have since released a number of singles and their first studio EP.

Fast forward months later and we are presented with BadCameo Out Loud, the band’s 9-track debut album. Mixed, mastered, and produced by Geoff, the record explores the relationship one has with themselves and those around them. With some perspectives stemming from an individual reality, a communal experience, as well as a dream state.

“A disco-funk song that starts off the album with a BANG! The song draws inspiration from the sounds of Saturday Night Fever, so you know this jam will get anyone to shake it down on the dance floor! Telling of the toll of devastation and pain one goes through in an abusive relationship with someone… in this case, the people revolt against the “Bad Queen” who has taken everything from them!”

“As the second song on the album, “Nina Nina” continues on the theme of exploring personal relationships. You will notice in this upbeat funk-rock tune that both the narrative and music have a sassy tone to them, and that’s because this song was written about a cat named “Nina.” She was one sassy kitty, so the song needed to reflect her personality! We have a horn section that jumps out to grasp your attention and soothing harmonies that purr ever so gently.”

“Have you ever wondered if this crazy life is just a long dream we have yet to wake up from? Moments of surreal magnitude can tear apart the fabric of your reality. This song describes this feeling through the lens of a husband catching his wife cheating on him. The love he once knew as an unshakable truth has now propelled him into a trance-like state of mysterious disbelief. This is a musical journey through the emotional tolls we might all endure in questioning the reality of life, all packaged in an upbeat disco-funk jam!”

“This song was released as a single back in the summer in promotion of the record. The song is an ode to spontaneity – it originated as a Soundcloud beat composed, recorded, and produced in a feverish and frenzied burst one balmy July evening. Due to the mix of energetic rhythms and seductive vocals, we started playing it as an opener for our shows. Fans loved it so much they begged us to release a studio version for their listening pleasure. The only things that remained from the original were the 100% improvised lyrics, sexy mood, and jazzy chord structure.”

“Some of our favorite musicians come from the Bossa Nova era. The rhythmic groove that comes from the beaches of Brazil is something we love to incorporate in our music. A pop-samba song that in many ways, mimics the sentimentality of the classic bossa nova tune “The Girl From Ipanema,” but with a modern twist!

“People have asked us, Why did you choose the coastal city of Fortaleza?” To which we say, “it just has a good ring to it and is on the beach, where most Brazilian music thrives.”

“The word “Fortaleza” also translates to “fortress” or “stronghold,” alluding to the story’s protagonist’s inability to escape the woman he admires from afar and her fortress of seductive temptation. The song features the incredible saxophone of Jake Vanaman of the awesome band Kendall Street Company.”

“This song and the next are a bit more introspective. “Butterfly” has a dream-pop vibe to it that suavely caresses the memories of a childhood state of mind. There’s a kid within us all no matter where you are in life’s long journey, but at times, the youthful joy we once had floods back to mind almost like a mirage, making us think twice about whether it was a reality. When this tension arises, when we want to go back to a simpler life, we can’t fight the passing of time, and instead, we must let that inner child roam free and fly away into the ethereal love of the universe.”

“Spread my wings, lose my mind / Tempted by your blue, blue skies / I’m a spirit ready for flight / Step on outside.” “Mother Nature is often taken for granted in the droll routine of modern life, and this song is about relishing in her subtle beauty. She is both nurturing and destructive, and embracing her temperaments helps us discover ourselves and the rhythms of the cosmos. This song is our humble tribute to her, and we hope it inspires anyone listening to “step on outside!”

“When you finally thought you had us pinned down as a band that experiments with funk/disco beats with jazzy chords all within a pop feel, “Swamp Doctor” shows another side of BadCameo’s versatile sound! We went full ROCK N ROLL with this one, featuring the incredible harmonica of Johnny Holliday from the bands 87 Nights and Fox Hunt.”

“We wrote this one during a trip out to Oak Island, NC, on a little band retreat. The last hour stretch of the drive goes through the Green Swamps, where we had a peculiar encounter. The story of what happened goes a little like this: “As the Swamp Doctor dragged the bad boys of BadCameo towards a psychedelic ego-death, their only hope to reclaim their grip on reality was through music. With pulsating bass lines and wailing guitar licks, they found themselves in an epic battle with the most evil being in the world. Let their experience serve as a warning sign for anyone who ventures into the deep… if he’s coming your way, you better start running!”

“We owe a lot to our former lead guitarist Will Huesman for how some of these songs came to be, but especially for this one. “Mr. Rain” is the last song on the album – an easygoing jazz-rock ballad. We wanted to highlight the reflective nature of a rainy day and the feeling of being out of touch with the community around you. It’s a sensation we all go through at some point, so we wanted to let our listeners know they’re not alone. When you feel estranged from society, it’s always temporary, it will blow over with the clouds of rain, and you will be able to come home to a place of love.”

The album stays true to the band motto “Fuse Whatever You Got Into This Music” which is evident in their flamboyant stage persona, eclectic aesthetic, and use of props like their signature stuffed fish. Always immersing fans in an all-out dance party (the BC guarantee!), it’s clear that BadCameo is a band unlike any other. 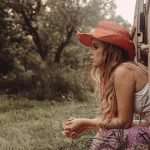 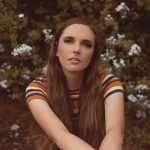