Home is not always where you’re from but where you belong, with some of us, travelling the whole world to find it.

After spending many years working and travelling from continent to continent, British-born singer/songwriter Wesley Attew became aware of his growing draw towards settling and finding a permanent home. During a road trip from Ontario to British Columbia in 2017, he began to fall in love with Canada’s stunning landscapes and welcoming culture. It was shortly after this trip that Vancouver became that home. The city has given him the space and time he needs to dedicate everything he has toward honing his craft.

Born out of this transition was Attew’s latest five-track EP, Where Do We Go From Here. On it, Wesley sings of his journey from youth to adulthood, from a transient life to one seeking stability. He questions the messiness of finding our place in this world, working towards accepting ourselves rather than trying to escape. Drenched in grand anthemic folk, the record possesses a roots-rock and charmingly organic feel reminiscent of early James Bay and The Lumineers.

The opening track “Bloom,” sees Wesley revisiting his childhood narrative. One that told him his heart wasn’t strong enough to make it in alone in the world. One that told him he had to grow up at a certain speed to fit in, and reach goals at specific points in his life. Many of us have the habit of placing these external pressures on ourselves, but we must put them aside and learn to slow down and approach life at our own pace. “Slow down darling it’s okay / no need to rush, we won’t get ahead in this race.” What’s of real importance is the need to look around us before life passes us by.

The title track, “Where Do We Go From Here” is one Wesley says “ties the record together.” A song that looks back on the decisions that have led him to where he is today, at the same time reassuring him that there are no wrong ones. Though we may miss where we began, there is no telling where we could end up. Take the leap, it may be the one that shapes your world for the better.

“Rollin’ On” closes out the record on an encouraging note. Through all the breakdowns, hard falls, and bruised hearts, Wesley was able to pull himself out of the deep end and free his spirit of any restraint. It’s tough to hold it strong and to feel like you belong, but no matter what we must keep rollin’ on. The only person standing in our way of getting where we want to be is ourselves. We can’t expect things to fall at our feet, nor be served to us on a silver platter. Fight the good fight and weather every storm that comes your way.

A blend of modern folk-rock that speaks directly to the soul, Attew’s songs illustrate the unparalleled sensation of exploring this world and the people in it. The music he makes isn’t just for a moment, but for every step of the journey. I think it is safe to say, Wesley has found his home to stay. 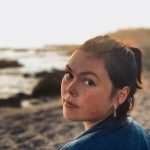 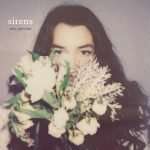