Acclaimed indie-pop duo, Tennis, is back with a new single and music video. “Let’s Make A Mistake Tonight” is the second release from Tennis’ highly anticipated sixth studio album, Pollen, arriving next month via their own Mutually Detrimental label on Friday, February 10, 2023.

“‘Let’s Make a Mistake Tonight’ is all hubris, attitude, and wish fulfillment. I’m turning water into wine,” says Tennis. “I’m reshaping my reality through projection or denial. While tracking with Patrick I kept envisioning the same scene: I’m in the passenger’s seat. Patrick drives with one hand on the wheel and one on my thigh. This song plays us out.”

Tennis will mark the arrival of Pollen with a wide-ranging international live schedule getting underway with a two-night St. Valentine’s Day stand at London’s historic Islington Assembly Hall, set for February 14 and 15. North American dates begin March 24 at The Eastern in Atlanta, GA, and then continue through early May. Highlights include shows at such legendary venues as Washington, DC’s 9:30 Club (March 29-30), New York City’s Beacon Theatre (April 1), and Los Angeles, CA’s world-famous Hollywood Palladium (April 28). For complete details and ticket availability, visit tennis-music.com. 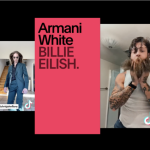 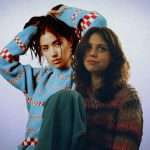