The 51st Annual JUNO Awards made a triumphant return to the city of Toronto in celebration of Canada’s biggest night in music. Hosted by Shang-Chi superhero, Simu Liu, the awards were broadcast from Budweiser Stage, marking the first time in history that the event has been held at an outdoor venue, and the first in-person show since 2019.

Featuring performances from the nation’s most prominent industry shapers like Avril Lavigne and Arcade Fire, along with appearances from Canada’s most recognizable personalities, here are a few highlights of the 2022 Juno Awards.

“My name is Simu Liu, and I am Canadian”

A twist on the early 2000s beer advertisement, host Simu Lui’s opening speech offers many truths about Canadians living in the 21st century, with the most powerful moment being a nod to a “woman’s right to choose.”

Charlotte Cardin stacks up the hardware

Cementing herself as the frontrunner, Montreal’s Charlotte Cardin took home Album of the Year for her record, Phoenix, along with three awards at the Juno Opening Night Awards on Saturday: Single of the Year, Pop Album of the Year (also for Phoenix), and Artist of the Year.

“I’m completely shocked,” she said after winning Album of the Year. “Thank you so much, I am so proud of this.”

When asked what it felt like to be nominated for six awards, and be the one to come out on top, Cardin expressed her love for being able to share her music with as many people as possible: “It’s such an honour – especially for a Quebec-based project,” said Cardin. “Obviously my music is in English, so it just felt natural to share my music with the rest of Canada.” “To win is icing on the cake. I was so thrilled to even just be part of the ceremony.”

The first award of the night went to Haviah Mighty for Rap Album/EP of the Year – becoming the first winner of this award category after the rap recording award was split into two categories.

During her acceptance speech, Haviah had this to say, “For those who haven’t heard of Haviah Mighty, I’m going to be back on the stage to show you why.” “This one is for women in hip-hop.”

Backstage in the Media Room, when asked about any advice she had for other women like herself who are trying to carve their own path or knock down these doors, Haviah said, “Surround yourself with people who don’t upkeep negative rhetoric or put themselves in a box where they feel that they can’t occupy these spaces. Remind yourself constantly that there are no barriers, despite what society says.”

As this is not the group’s first win or nomination, it was asked in the Media Room what it is about Sunday night’s win that feels unique to the band. Given the pandemic, the group responded in such a fashion that led one to believe it tested their resilience against adversity. “These last couple of years were very difficult to keep working. We were able to keep busy and engage each other. The award reflects that. Were proud of it because it was a tough time for any musician to keep their mind creative and stay interested in their art.”

“Fans are everything – I get to do my favourite thing for a living and it’s all because of you guys,” said Mendes upon accepting the award.

Coming off her newfound success of last year, by way of her hit single “I’m Not Pretty,” British Columbia’s JESSIA took home the award for Breakthrough Artist of the Year. In her acceptance speech, she jokes about the weight of the award as she relishes the moment: “This is a lot heavier than I thought.” As she thanks her family, label, and fans, she ends with, “This is such a dream come true – thank you so much!”

Asked by the press about how she feels with regard to the reception of the song, and its influence on body positivity, JESSIA states: “It’s become such a bigger thing than me, and for the song to be able to be gender-neutral, makes it that much more special.”

Inducted into the Canadian Music Hall of Fame, by former Raptors player Chris Bosh, Deborah Cox became the first Black woman to be given such an honour.

“Thank you so much for this incredible honour, I’m deeply moved,” said Deborah during her acceptance speech. “Growing up as a young black girl in Toronto, Canada, this vision seemed intangible.”

Backstage, Deborah makes mention that “representation matters.” “Growing up it would have been lovely to have had someone like myself to look to, to aspire to – I feel really gratified that I will be that for someone else.”

The multi-platinum, Grammy-nominated singer, delivered a speech of much emotional candour: 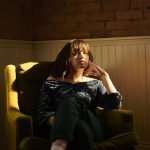 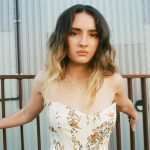