Kalan Cox is a 14-year-old Toronto Recording Artist, Wordsmith, and Dancer with resilience and resolve well beyond his years.

In 2017, Kalan snapped his arm at the elbow while doing a flip. It was a serious break, resulting in his wrist being immobilized for six months and potentially permanent nerve damage. But, true to form, Kalan continued to dance, while wearing a cast, and ultimately recovered.

Kalan channels that same variety of defiance and resolve in the eminently hook centric, hard-hitting
tunes, of his debut EP, New World – recorded over the course of the summer.

The songs throughout his EP have a simple but compelling message; that any challenge is best met head up and straight on, an approach Kalan has taken throughout his life artistically and personally.

At age five he got into dance by emulating Michael Jackson, so well that anyone who saw him dance instantly knew he’d go on to master some serious moves. Barely a year later, when his mother lost her battle with breast cancer, he began approaching music and dance with a dedication well beyond his years, throwing himself into both disciplines heart and soul as a means of moving forward.

“I want people who hear my songs to relate to what I feel and what I’ve gone through and realize that
other people go through the same things. I want them to get energy from my music and understand that it’s okay to speak your mind and stand up for yourself,” says Kalan.

That sentiment is at the core of the title track, “New World”, a song in which Kalan envisions a world
without hate and people judging other people – a world he believes can exist in the here and
now if people work for it and put their differences aside – as he puts it: “no more waiting, no more
hating, no debating, we gotta start relating.”

It’s a thread he picks up on his debut single “Can’t Tell Me.” “That’s about not letting people tell you how to act or who to be – Kalan’s other songs include “Worry Bout Yourself” which takes that even further by suggesting that people take a long hard look at themselves and deal with their own flaws before coming down on someone else. His final track, “Time,” speaks to how we should all live in the present not the past, and make an impact going forward.

Any negativity that comes his way only fuels his determination to progress creatively and personally. Put bluntly, moving forward, and making short work of any obstacles in his path, as an artist and an individual, is Kalan’s signature move. 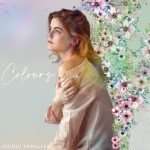 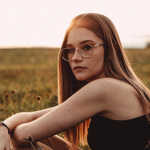