Buoyed by steadfast determination and undeniable talent, Mark Ambor is emerging as one of this year’s most exciting new artists. The 23-year-old New York native is a self-taught guitarist, producer, and vocalist, and has been playing piano since the age of 7. While music has been a constant throughout his life, this past year has been the most defining for Ambor as an artist. By sharing a variety of demos and covers on social media, he has rapidly captured the hearts of fans who are eager to hear more from him. In October 2020, he had just 2000 Instagram followers and has now grown his audience to 238K on Instagram and 236K on TikTok.

His first single since his viral success, “The Long Way” is Ambor’s third release and follows “Fever” and “It’s Us Again,” both of which performed impressive streaming numbers. On “The Long Way,” catchy guitar riffs and propulsive percussion form the perfect foundation for Ambor’s polished vocals to flourish. His positive take on life glows from within the track as he shares a message about patience and how “truly good things take a long time” but are “worth it in the end.”

Explaining the inspiration behind the track, Ambor writes, “many of us have that person in our lives that no matter how much time has passed, every time you see them and every time you talk to them, it feels like nothing has changed. I found myself in that place of wanting more than just a friendship with that person, but knowing, for a few reasons, that for the time being, we were better off as friends. ‘The Long Way’ is about that underlying feeling that things will work out one day with that person.”

As a native of New York, what drew you to music and the want to pursue a career in the industry?

Mark Ambor: “It’s honestly been something that’s pretty much organically happened. There is no ‘hero’ of mine that I wanted to always be like. I’m lucky enough to be able to have found a passion in life at such a young age. My mom signed me up for piano lessons when I was 7 and I did it until I was about 14. That’s when I decided to quit since I was only learning classical songs and it was getting in the way of hanging out with friends on Friday after school. A few months went by and I realized I missed it. On my own, I started to learn songs that I was listening to by ear, and if I couldn’t, I’d go on YouTube and learn them. I did this throughout high school until it was the summer before college. I had a friend who was a songwriter in high school, and freshman year I had asked her how she did it. She told me her method was to come up with a riff and then write her feelings down over it. I kept that in mind until that summer before college. I was home alone, my friends had left for school, I had just broken up with my girlfriend, I was scared about leaving, and overall I was feeling really lost. So I decided to write a song. I recorded it on voice memos to remember it and went to work that night. I had never sung for anyone up to that point but that night I was proud of the song I had written and was feeling bold. I sent it in a group chat to my parents, who weren’t great with technology at the time. About an hour later I got a text from my mom that said, ‘Who’s this artist? Dad and I love this song.’ It was at that moment that I started really getting into music.”

Are there any musicians who inspire you? What qualities do you admire about them?

MA: “I’m really inspired by Chris Martin of Coldplay. I like the energy he brings to live shows and the togetherness you feel when you listen to Coldplay songs. That’s definitely something that I have tried to include in my music. Other than that I’m inspired by feelings I get from things as well as from people around me being defiant and chasing their dreams or goals no matter what others think.”

Being a self-taught guitarist, producer, and vocalist, how have you found it has helped with understanding your aspirations as a flourishing artist/individual in the industry?

MA: “It’s helped immensely. Being able to start producing a song I write to form what it could turn into after production is so helpful. It helps me go into co-producer sessions having an idea of exactly what I want a song to be. Sometimes I can even just produce the entire song by myself. To know how to experiment with guitar, piano, my vocals, and other sounds, definitely puts me in a place where I know exactly the direction I want to go in which is everything in music.”

Social media presence has become increasingly important when trying to get one’s music to reach as many ears as possible. Having now amassed a TikTok audience of over 235,000, tell us your own personal experience with using the platform to aid in growing as an up-and-coming artist.

MA: “In spring of 2020, one of my friends told me I had to make a TikTok for my music. At that time I thought it was a dumb idea cause I thought TikTok was only for e-boys and I knew I wasn’t that. But come late summer, I realized that she was right. I saw people doing well, so last September I decided to get serious about posting myself and my music and it started working. Managers, labels, attorneys, and everything in-between started reaching out. It’s been wild since. It’s honestly one of the most powerful platforms in a long time and right now TikTok is the music industry. From then to now, I’ve just been showing who I am. Covers, originals, personality TikToks, and other videos to just get myself out there. If you stay true to yourself and work hard at it, people will notice, and you will gain an audience.”

In what way have your recent successes heightened your focus when it comes to the release of original material and creating an identity for yourself and your career going forward?

MA: “I’ve learned that I have to care about more than just the music. Of course, music is the most important, but the branding, imaging, and marketing behind the music is arguably just as important. I think for the longevity of a career in music, having cohesiveness within a project is needed. That’s something I never really thought of until I gained a following.”

Your first single since viral success, “The Long Way” details the want of more than a friendship with that one special person in your life, but knowing for a few reasons that you’re better off as friends, with the hope that things will work out one day. Beyond the philosophical “good things come to those who wait,” is “better things come to those who work for it.” Explain how you are able to channel these experiences into song, in order to fuel your musical career.

MA: “‘The Long Way’ is the first song I ever co-wrote with another songwriter. I wrote this song with Jesse Fink in March of this year and I remember this idea had been in my head for a while since I had truly been living it. When we got to the session Jesse and I immediately clicked and talked a bunch and I don’t really know how to explain it but ‘The Long Way’ just kind of formed over this guitar riff that I had. There was a lot of going back and forth between Jesse and I, but after about an hour, the lyrics had been written. In general though, when I write on my own, I’ll often have a piano or guitar riff. I take that riff and I’ll keep playing it and start to hum melodies until I find a melody I like. Then the melody turns into mumbling and the mumbling turns into a word or phrase. If it’s a word or phrase I like then I’ll grab onto it and start to write the song around it. Before I know it, I have a finished song that feels like it was subconsciously written because I went into it without a concept, but rather just let my head and body and the riff do their thing together. It sounds insane, but it’s magical.”

Fans and new listeners alike, what message do you hope to deliver to the world through the listening of your music?

MA: “I went into ‘The Long Way,’ and the songs that will follow in the coming months, with one thing in mind: to create the vibe of being at a music festival with friends on a really nice day, jumping up and down and singing. I want it to feel like togetherness and community. I want it to be something that people can scream in the car with their windows down and jump up and down to. Above all else, I think (and hope) that all these songs make people feel the deep joy you get in your stomach when you realize that you’re not alone. There’s a certain magic to that feeling.”

MA: “I’d say It’s always a bet on yourself and nobody cares until everybody cares. What I’ve learned over the past few years is that if you don’t fully believe in what you’re going after, you’ll never achieve it. You almost willingly have to put your mindset in the clouds, shut out the people who aren’t genuine, and be true to what you like and who you are. I also think we have options as humans. We can sit in the sadness or we can learn from what hurts, hold onto what’s good and reach for what’s better. I think staying positive and surrounding yourself with great energy is crucial for success.” 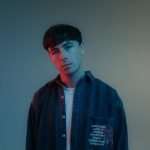 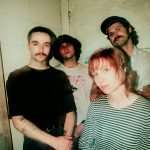