Born in Long Island, New York, up-and-coming R&B artist Luisa Boshnjaku (stage name of LUI$A) now resides in Prishtina, Kosovo, with her parents who are also in the music industry (soprano and producer).

Influences run deep for this ambitious 16-year old; ranging from Japanese jazz-fusion composer Jun Fukamachi to American hip-hop group, A Tribe Called Quest, Boshnjaku pairs confidence with a youthfulness, to bring a contemporary yet ageless sound to the mainstream scene.

Having performed on VFILES: Pass the Aux Remote sessions and in numerous charity events, Boshnjaku has just released her latest single “Gemstones,” as part of her upcoming EP. Recorded at Dream House Studio in Kosovo, it is inspired by the ’80s underground ballroom culture as well as dance personalities, Club Kids, from New York. “I feel like I experiment a lot with my style and am not afraid to try something new or out of the ordinary, says Luisa. “I want to influence the youth to produce and create, to accept their flaws, and unleash their creativity through art.”

Listen to “Gemstones by LUI$A below: 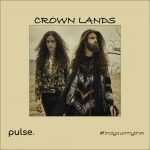