Singer-songwriter Stephen Sanchez fell in love with music the old-fashioned way. While visiting his maternal grandparents’ house, he spent countless hours rifling through an old barn where he dug up original vinyl from the likes of Frank Sinatra, Nat King Cole, The Platters, and The Ink Spots. He’d bring those classics home and spin them on his turntable.

“When you listen to those old records from the fifties and the sixties, they sound like they’re coming from another dimension,” he observes. “The songs were simple but profound, romantic, and beautiful. It sparked a desire to write what I was hearing. To me, songwriting is like taking a memory and putting it in a projector for everyone to see.” Not long after, he picked up guitar and cut his teeth with covers. Eventually, he grabbed a pen. “I was going through plenty of life changes, first love, heartbreak, and all of that. I needed to talk about it from my perspective,” he adds.

Conjuring the ghosts of crooners past with its doo-wop-style harmonies, airy guitar, tambourine, and hypnotic chant, Sanchez’s “Until I Found You” caught fire on TikTok, becoming a fan favourite and sparking a heartwarming trend on the platform.

Reimagined, Stephen released “Until I Found You – Piano Version,” a seemingly more intimate take on a song already full of such emotional candidness. It digs deep into one’s soul as if offering a voice to those that struggle to speak for themselves or fail to put their feelings into words.

“When I wrote ‘Until I Found You’ I was in the worst place ever, then I met someone who was so loving and great to me, though I didn’t feel good enough for this person so I pushed them away. We spent some time apart and when we re-connected it was like no time had passed. I wrote ‘Until I Found You’ to let them know how important they were to me and to let them know how much of an idiot I was when I pushed them away the first time.”

When two souls cross paths, there are times when one whispers loud enough to wake the other, sometimes so loud that even as years go by, the soul never sleeps. It’s as if before you met that certain someone, the void in your heart lingered, barriers were left unbroken, and you were simply missing a part of who you are. When we come across those that fill the void, break those barriers, and touch our soul, our missing puzzle piece is found and we are made whole by a love that has come alive.

Until I found you, I never knew I was lost. 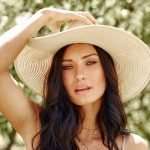 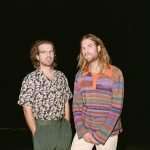