Today, the band has shared the record’s lead single “11/17” along with the track’s music video.

Born out of catastrophic circumstance, titled after the highway that witnessed the band lose control of their touring van and trailer on black ice, rolling into a ditch, narrowly avoiding tragedy, is the harrowing tale that is “11/17.” Detailing a moment in time when life became so fragile, one knows no choice but to handle it with prayer. It is then you realize to live is to live for one another, and anything else that was once thought of as important is no longer.

A song teeming with the band’s quintessential lyricism is a by-product of lives lived. In an unforgettable chorus, lead singer Ryan MacDonald begs the question “are we ever gonna get it right?”, a sentiment stemming from the accident, but all too relatable after the world’s shared experience over the last year and a half. Closing out the song is a startling realization that though the night was cold, it pales in comparison to the thought of one left questioning their own demise. “And I’ve never felt something so bitter before / But the funny thing is / the cold doesn’t bother me much anymore.”

It seems the single has set the stage for what will be an album built on the topics of mental health, relationships, fading friendships, and more. Effortlessly weaving darker emotional themes with upbeat instrumentals, interpreted differently each spin depending on the listener’s mood.

The band shares on the new single,

“11/17 is the highway that runs through our hometown, always the first stretch of road we drive either direction we travel in. After the setback of the accident, the support of our friends and family was integral in finding comfort in life’s challenges, making do and getting through it. It was important to us to share that part of our journey together as a band, and with the video, we also wanted to showcase our love for making music and how much fun that can be. We’re really proud of the new material we’ve been working on, and are excited to finally share it with the world.”

Watch the music video below: 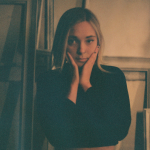 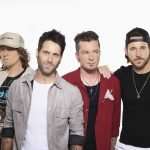