You know all of those warm and fuzzy first-time feelings you get as a teenager—the ones you wish you could hold on to forever? 15-year-old Toronto singer/songwriter, and multi-instrumentalist AVIV, retrofits those emotions into her songs; penning the kind of affecting and arresting D.I.Y. pop that’s both nostalgic and prescient. “I’m just a teenager who acts much older, still gets excited about little things, and really loves to over-analyze her emotions and put them into music,” she says. “I try to be true to myself with everything I do. The more AVIV the music is, the better.”

At age six she began to develop her voice as she studied piano, but her journey into the arts began in film, cast in roles for shows like American Gothic, L.M. Montgomery’s Anne of Green Gables, and Milk Kids. At age 10, AVIV shifted her sights to music, joining a band and learning to play guitar on her brother’s red electric Les Paul.  Casual poetry transformed into songwriting as she regularly played her early compositions for friends and family.

Growing up in a big family of four siblings, including her twin brother, every Saturday they went record shopping together on Queen Street. Working with her brother’s friend as co-producer, she regularly took the train to Montreal to visit them at McGill University and started to record music in 2020. Her sound takes simple pop beats and layers them with breezy, well-developed vocals to create perfectly arranged, uncluttered ballads.

Having generated millions of streams independently while receiving much acclaim, she continues to perfect this approach on a series of singles for Photo Finish Records. Her latest release explores the naivety of certain young relationships and the need to receive artificial affirmation, which can only lead to toxicity and disappointment. With its breezy synths, emotive guitar riffs, and an attention-grabbing chorus, “love of your life” makes for an irresistible indie-pop anthem of yearning. “Music became a way to convey my emotions,” she admits. “Since I won’t even talk to my friends about a lot of these things, it’s an outlet for me to talk about things I don’t talk about.”

Real love is something you feel; you see it, you show it. The opposite is just words and nothing more. “Say what you want / it’s nothing that I’ve never heard before / all you do is lie / when you tell me I’m the love of your life.” Don’t fall in love with potential. Remember that just because you want it, doesn’t mean it deserves to have you. It’s never easy when your mind is telling you to stop loving someone, but your heart can’t let go.

In the end, AVIV preserves feelings you don’t ever want to lose with each and every song. “If my song takes you somewhere emotionally, there’s nothing better to me. Or, if it makes you answer a question you’ve had about your life, that would be amazing. My songs make me answer my own questions. When I release them, I hope they do the same thing for you.” 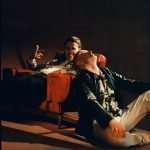 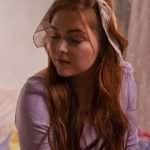