Grace Davies is a 24-year-old singer/songwriter hailing from the rural Lancashire village of Langho. Her creativity and drive became apparent when she was just three years old; she danced and acted her way through primary school and hasn’t looked back! Grace first realized she had a talent for singing during her primary school’s auditions for the musical ‘Oliver!’ – her performance bagged her the iconic role of Nancy. Growing up, the Davies household was filled with music as Grace sang along to the family favourites: Earth, Wind and Fire, ELO, Roxy Music, and Simply Red.

Recently Davies released her up-tempo, liberating single “toothbrush“ – a real-life tale of moving on by throwing out an ex’s possessions, it’s available to buy and stream now via Believe. “toothbrush” is a new track from her highly anticipated second EP, out later this year.

“toothbrush” is Grace’s first-ever release that she co-produced alongside Marcus Andersson (Demi Lovato, Ashnikko, Lauren Aquilina, Kid Ink). Not only is Davies finding her confident stride within writing and performing, but she’s also honing her skills as a producer. Co-written with Adam Argyle (Dua Lipa, James Arthur, Paloma Faith) who also collaborated with Grace on previous releases ‘Invisible’ and ‘Amsterdam’, and Gil Lewis (Kelly Clarkson, MNEK, Liv Dawson) – ‘toothbrush’ guarantees Grace’s signature sound of utter pop perfection. Davies says: “’toothbrush’ started so organically; I was quite literally brushing my teeth one day, staring at my ex’s toothbrush and thought to myself “I need to get rid of that”, and I did… And then ran straight to my piano and wrote the first verse and chorus.”

She adds: “It’s so easy to throw away physical things that remind you of a past relationship – but there’s no way to get rid of memories & feelings. ‘toothbrush’ is the ‘getting over someone’ bop I didn’t know I had. I always thought it would end up as a ballad, it wasn’t until we started producing it that I realised this needed to be euphoric and anthemic. It’s sad AF but you can definitely throw some shapes to it (my personal favourite genre: dance cry).”

Grace Davies: “Music has always been a huge part of my life. I was really into musicals as a child, been a dancer since the age of 3 – but didn’t realise I could sing until I was about 11. I always did musicals and thought I’d be on the west end, but when I was about 14 artists like Adele & Emeli Sande inspired me to start writing and think about a solo career – I just wanted what they had.”

As one comes to grow as an artist, they may find themselves stepping out of their comfort zone, gradually taking strides to build up their confidence. What have you done both internally and externally to help you reach the goals you’ve set for yourself, both as an artist and individual?

GD: “I’m constantly looking for ways to better myself – I taught myself piano when I was 16 so that I could write songs. I taught myself production last year so that I could be involved in every aspect of my music; the more I work at it, the more confident I get. The same is applied externally – I haven’t really spoken about this publicly but I’ve recently lost just over 5 stones in weight and I’m still on a journey of bettering myself in that department because it has made me feel so much more confident in front of cameras and healthier dancing around a stage etc, which are both huge parts of my job. I’m someone who hates not being able to do things, I was always shit at sport, haha and I didn’t grow up with instruments and don’t have the ability to read music, so everything is a challenge – it’s just pushing through that to give yourself the best opportunities and gain confidence in your field.”

When on X-Factor in 2017, you chose to sing original material in every round. How did this impact the level of trust you held within yourself and for your own music? What has this experience taught you when it comes to breaking through as a young female artist learning the ins and outs of the industry, etc.?

GD: “I think going in with my own songs was a bit of a gamble. I was scouted for the show and had turned it down for the 3 previous years because I really wanted to do my own stuff all the way through and the show wasn’t quite there yet. To be honest, I didn’t really expect to get past the first round, so the fact that I came 2nd solidified to me that I did the right thing by sticking to my guns. As a young woman in the industry, there are so many cooks in the kitchen trying to mould you into who you ‘should’ be as an artist, so I’m proud of myself for staying true to the artist I am and have always wanted to be, because it worked. I trust my gut more than ever because of it. I hope I can therefore send out a message to anyone starting up in the industry that no one knows you better than you and if you’re happy and comfortable with the songs you’re performing it’s believable to the general public.”

Co-produced alongside Marcus Andersson, and co-written with Adam Argyle and Gil Lewis, your latest single “toothbrush” is utter pop perfection! In what way has the overall creative process contributed to the development of your production and songwriting skills?

GD: “Thank you so much! I think I’ve always been a producer in that I’ve always been so involved in the production, it always comes from my brain – but I’ve never had an engineer’s capability until recently. To be honest I was quite fed up with being the driving force behind my songs’ productions and not being credited for it just because it wasn’t me who was physically programming it. Realistically, these songs are my babies and I wanted more than anything to have my name above the door for all aspects of them, so I worked hard to have that. It’s enabled me to not only write for other people’s projects but produce demos too, which has been amazing.”

A song about moving on by throwing out an ex’s possessions, “toothbrush” is described as both “up-tempo and liberating.” Take us through the carousel of emotions felt from beginning to end. How much does making a song such as this offer a helping hand to the healing process, as well as allow you to be vulnerable and honest with yourself and your fans?

GD: “Toothbrush is my “dance cry” song. I was so sad when I wrote it, but I didn’t want to be, so I wrote a sad song that you can dance your cares away to. A carousel of emotions is definitely fitting for this one. I think with my lyrics I always try to be as honest and to the point as possible; I was quite literally brushing my teeth one day, staring at my ex’s toothbrush thinking ‘I need to get rid of that’ – so I did, and then ran straight to my piano. I think it just shows anyone who listens to this song that we all do the classic ‘burn his t-shirt’ thing to try and get over someone, but it doesn’t work. You can’t throw away memories or cut off someone’s half of the bed, you just have to get through it with time. Writing music is my way of dealing with my problems, and hopefully to someone, listening to songs like thIs one will help with theirs.”

What can you tell us about any upcoming projects you may have in the works?

GD: “I’m releasing an EP later this year, so plenty more songs to come before Xmas, and I’m going on tour in September which is super exciting. Genuinely can’t wait to be back on stage after 2 years and meet everyone!”

What is your biggest hope for your music going forward as you continue to build on what’s been a fruitful career thus far?

GD: “I try to take everything as it comes and enjoy what happens rather than hoping for too much. I’ve already been so blown away with the support from fans, streaming platforms, press, etc – so truly I just hope that I get to carry on doing this, what I love, every day, and people still enjoy it.” 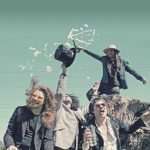 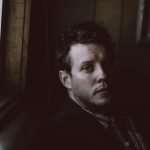