As time passes we may come to believe our life is nearly over when truly, it’s just begun.

Collaborating once again with Grammy Award-winning producer Dave Cobb along with long-time bandleader and now co-producer Philip Towns, Maybe We Never Die is the third release from GRAMMY-nominated singer/songwriter Anderson East for Elektra/Low Country Sound, and takes his seductively vintage voice in a decidedly fresh direction as he grapples with the understanding that death knows no match, as living is eternal.

The album’s 12 tracks tell of moments beyond the physical, and how each is another piece of the jigsaw puzzle of heaven on Earth.

With its hazy vibe, the album’s title track sets the overall theme of the record, uncovering an eagerness that brings light to the fact that there is more to life than meets the eye. With lyrics like “heaven has no goodbye,” it leads us to believe that there is no escaping the hands of grace. Though we may pass on physically at some point or another, we are given this gift of life to manifest the spiritual realm here on Earth.

The next track is a significant piece of the puzzle as “Lights On” gets at that idea of wanting our partners to accept us with all of our flaws, finding it alluring when being vulnerable. If we are seeking a romantic connection with someone, we need to find comfort in honesty and allow ourselves to be intimate, with the ultimate goal being reciprocation. Throughout the process, we’ll come to realize that nobody is perfect, but that can only mean one thing – neither are we. Here, is where the beauty lies; souls intertwine and never lose grip on one another.

“Hood Of My Car” is the third song that had been previously unveiled prior to today’s release. Nostalgic in nature, East takes us back to a time of a teenager in love – being in love for the first time, the nerves, not feeling comfortable in your own skin, and having every ounce of the future seemingly slip further and further away from your fingertips. East hangs on to the possibilities the night sky brings, hoping his own piece of heaven isn’t too far out of reach. As Anderson sings “And I wanna take you / Out there to whatever’s past the stars / We can be whatever we want and who we are,” you can’t help but wonder what waits hiding among the stars, or what it is he wishes to be, but one can hope he leaves a little piece of heaven here for all to see.

There is consternation with the speed and volume at which the world operates, but there can also be solace found in the act of getting up and going. The galloping, cinematic, “Jet Black Pontiac” sets up the listener for a cryptic adventure: “Grab the keys by the bed / Tell me is there anywhere you wanna go?” Cruising up and down every wind and bend in the road, with no greater company. Free from all cares, moving fast through life that knows no destination. The important thing is you’re with each other for the ride. Life has a “passenger” for everybody, we just have to focus on the road ahead.

A soft piano ballad is the album’s ninth track, “Like Nothing Ever Happened.” Quiet and introspective, the track helps in complementing a body of work that is both intricate and intimate lyrically.

East shares on the track,

“’Like Nothing Ever Happened’ is one of my favorite songs. I love the absolute simplicity of it, and then, again, that one’s recorded right from how we wrote it. That’s the vocal, that’s the piano. There’s very little change from the initial inception of that song to the record.”

The simplicity East speaks of captures the coldness he felt after a love gone wrong. He is left wondering how a love thought to be so reliant on one another could just quickly fade away into nothingness. I guess for some it is easier to act like nothing ever happened than to keep striking a dead match hoping one day it will light.

The closing track “Interstellar Outer Space” encompasses everything this album is about; a journey toward finding what is real. Putting the pieces together creates the bigger picture. “Take me to heaven I don’t want to wait.” I think it’s safe to say you’re already there.

Through our experiences here on Earth, we come to realize that all our happenings lead to a better understanding of a greater truth: heaven waits for no one; we’re already living in it. 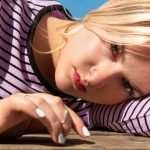 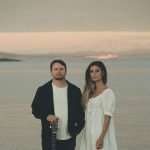