Version 2.0 is an album about empowerment, stepping forward, and speaking out. The record is filled with uplifting, positive, funky anthems designed to make you dance and remind you of your importance, worthiness, and most of all, that you are enough.

As a follow-up to the album, Izabelle has announced the release of two versions of a music video (in both French & English) for the fifth track on the record. “Self-Talk Session” screams, “I am perfectly imperfect,” and much like its name, is the voice that everyone needs to hear when they are treated wrong, questioned too much, or made fun of for being themselves, or even for not being themselves. The lines “Look around you now, there is nobody else but your reflection in the mirror,” clearly depict that it is you and only you who can change your perspective regarding something, who can control what things are allowed to affect you and what aren’t, and you who can pick yourself up when you fall after being knocked to the ground!

Izabelle says she always wanted to write a song to herself, asking herself to stop overthinking and putting so much pressure on her physical appearance. Her personal experiences of being told to look a certain way inspired her to come up with a song that celebrates the fact that each one of us is different, worthy, and enough. She wanted to make a statement about it so that she herself, could believe it. And boy, once you hear it, there is no going back!

When taking a look at the music video, it is clear Izabelle has portrayed herself as a strong woman, who despite being judged and criticized, breaks all stereotypes and speaks her mind. The video uses strong signs such as “I am who I am” and “If you don’t want it all, then you’ll get none of it.” Closing out the song with a strong and powerful statement, “So if you don’t like it you can walk, walk, walk that walk, coz I’m gonna talk, talk, talk, that talk.” Showing us she has overcome her fears and
weaknesses, and couldn’t care less about what people say. 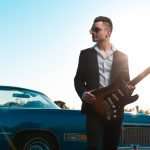 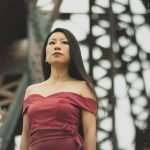