Heartfelt lyrics and emotive vocals have helped Jade Hilton evolve into her distinctive sound. The singer/songwriter fuses earthly folk melodies over alt-pop beats. After graduating from the University of Illinois at Urbana-Champaign playing Division 1 tennis, she moved back home to Toronto and began releasing music. Now, she’s unveiling her debut album, Unrequited, produced by Dominic “Dot” Okune and Kenny Muto. The new record details fleeting experiences in the evolution of love: lust, attraction, attachment, and rejection.

Jade shares on “Not My Type,”

“The idea behind ‘Not My Type’ is that you can have lighthearted fun with someone, even if it’s momentary. In university, I dated the pretty boy with blue eyes on the baseball team knowing that I wouldn’t stay with him forever. Some relationships just aren’t meant to last, but it doesn’t mean you shouldn’t experience them.”

Sharing on the video, Jade explains,

“The giant chessboard represents the complicated game of love, which can in turn be calculated and manipulative. I embody the strong, empowering queen among her chess pieces, that illustrate the partners who have been in my life. I want listeners to know that they are not defined by their relationships. They have the power to lead and become themselves. A woman does not need a man, but she can always choose her king.” 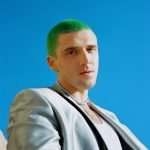 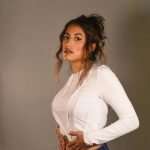