Nice Horse is wild: wildly talented, wildly entertaining, fun, fresh, fierce, and feisty, and they’ve established themselves as one of the most buzzed-about and fast-rising groups in the Canadian music industry.

The group has played high-profile festivals across Canada including Boots & Hearts, Big Valley Jamboree, and the Calgary Stampede, and has performed in Spain and France. They have also toured as direct support for legendary artists such as Tom Cochrane and the Nitty Gritty Dirt Band. In the coming days, the ladies will be playing Atlantic Canada’s largest multi-day outdoor music festival; Cavendish Beach Music Festival in P.E.I.

One of the most buzzed-about and fast-rising acts in the Canadian music industry, you ladies formed the band years ago during an unforgettable girls’ trip to Hawaii. What was once part-time, has now become your full-time focus. Tell us the story of Nice Horse.

Katie: “We’ve all been friends for a really long time. Brandi & I met over 10 years ago, and Krista & Brandi used to play in a pop duo together. Several years ago, we decided to take a girls’ trip to Hawaii for fun and do some songwriting. Everything was coming out country, and that’s when Nice Horse was born. A couple of years later we met Tara, and it was love at first sight. We’ve been on this ride ever since.”

The band’s full-length debut, 2017’s ‘There Goes the Neighbourhood,’ produced by Jeff Dalziel (Washboard Union, Brett Kissel), along with iconic Canadian producer Bob Rock (Metallica, Jann Arden, Bryan Adams), yielded a pair of hot radio and video singles, including for the sassy femme-country classic, “Mansplainin,’” and the catchy-as-all “Pony Up.” It has also opened the door for you in Nashville, as a great deal of time was spent down there establishing strong relationships with the musical community of Music City. How important was this for you all to experience, especially being in the country scene, and what have you learned about the culture of country music that you’ve come to appreciate and/or acknowledge throughout the years?

Katie: “Brandi and I grew up on country music, it has always been my first true love. What’s nice to see is just how much the country scene is really like family. There is so much support and encouragement from all of the other artists.”

Since forming in 2015, Nice Horse has garnered significant accolades including five Canadian Country Music Award (CCMA) nominations, eight Country Music Alberta Awards, and the 2021 Western Canadian Music Award for Country Artist of the Year. What do you make of these accomplishments, and what is the band’s greatest hope moving forward?

Krista: “This is not an easy industry to work in, so it always feels really nice to be recognized. We’re grateful for every single award we’ve received, and it definitely helps motivate us to keep pushing ahead! For me, it’s the experiences we have together and the moments we have on stage that are the most rewarding – we’re going to just keep doing what we do, and any awards we might get are icing on the cake!”

A live act to be reckoned with, the band has already shared the stage with such acts as Tom Cochrane, Paul Brandt, and Washboard Union, among others. You’ve also performed at such big-time country music festivals as Boots and Hearts, Big Valley Jamboree, and more. This summer you’re adding to that list with your performance at P.E.I.’s Cavendish Beach Music Festival, where you will be performing on The Colliding Tides Kitchen Stage, along with Matt Stell, Mariya Stokes, and others. How are you feeling leading up to the event, and what does something like this mean to a country band such as yourselves?

Katie: “P.E.I. holds a very special place in my heart, that is where I have long-standing family roots as my grandmother is from Summerside. Nearly all of the relatives live in the Maritimes, and several of them will be coming from New Brunswick for the show! This has been on my bucket list of ‘must-play’ festivals, and I am so excited that we will be playing it!”

Founded in 2013 by a Canadian Military Veteran and a Trauma-focused clinician, Can Praxis is a charity that provides mental health recovery programs to Canadian Veterans and First Responders by way of Equine-Assisted therapy – working with those who suffer from PTSD, and helping them regain their family relationships. Tell us about your involvement with the organization and what it means to you all. What have you come to learn about yourselves throughout your time supporting the organization? How have you found this work has given purpose to how you carry yourselves, both as musicians and as individuals?

Krista: “We all believe strongly in the importance of mental health, and our bass player, Brandi, is a member of the Canadian Forces and grew up in Rocky Mountain House, AB (where Can Praxis operates), so we felt personally connected to Can Praxis’ mission in a lot of ways. A central part of their programs is Equine therapy, and it is truly amazing to see how interaction with horses can help veterans and first-responders with PTSD start to heal. We were honoured to partner with them and help raise funds and awareness for their programs. As a band, we feel a responsibility to stand up for what’s important to us – in addition to supporting Can Praxis, we have also been very proud to support other organizations that align strongly with our shared values. Most recently, that also includes Rainbow Railroad, which helps LGBTQI+ people escape state-sponsored violence. For me, my work as a musician has always felt linked to my social responsibility as an individual, and we will continue to use our platform as best we can to support organizations that we believe in.”

What can we expect from Nice Horse for the remainder of 2022?

Krista: “We’ve been in the studio lately working on some new music, and we can’t wait until it’s time to share that with the world. Until then, we’re gearing up for a very busy summer – we are so excited to be back out on the road, touring and doing what we love most!” 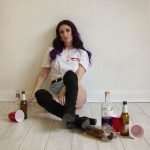 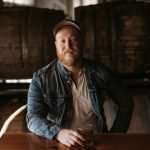