His His is the project of Toronto-based artist Aidan Belo. Combining delicate guitar lines with simple yet thoughtful vocals, Belo created this project as an outlet after relocating to his family’s hobby farm outside of the city in an attempt to evoke something rural and honest. Most easily defined by the Portuguese word “saudade,” -a feeling of longing and melancholy, Belo records in the empty spaces of an old wood barn on his family’s property and records entirely to tape and cassette to help achieve a warm, saturated sound. Since the first release in late 2020, His His has gone on to receive more than 400,000 streams across Spotify and Apple Music.

We got the chance to sit down with His His prior to his performance this coming Saturday, where he spoke of his artistic influence, and what’s to come.

This Saturday, you’ll be performing at Mulligans in Stouffville in support of the 4th edition of the Wintersong Music Festival. What does the opportunity to be a part of a festival full of such incredible talent, mean to you?

His His (HH): “It means a lot to be a part of this festival! I grew up 20 minutes away from Stouffville, so to see so many talented artists play here is really a treat. The list goes on really, but there are artists like Dan Mangan who have been hugely inspirational to me, so to see my name on the same poster as Dan’s is pretty surreal!”

Recently, you were signed to Victory Pool. Tell us what this has meant to you, as you progress through your musical journey and fulfill your greatest aspirations.

HH: “I had been watching what the guys at Victory Pool have been doing for a while, they have a really incredible, diverse roster. I’m still a relatively new artist and the many facets of the music industry can seem daunting, so having their guidance and knowledge while I navigate everything has been really great. We’re just getting started but we have the same goals and aspirations for this project. I’m so fortunate to be able to work with them!“

As a first-generation Canadian having navigated the ever-changing landscape of Toronto, how have you used your music to breathe life into your experiences?

HH: “My music and experiences are definitely intertwined. There’s a huge Portuguese community in Toronto and the GTA, so I’m sure many people can relate, but a lot of my music was inspired by things as simple as sitting in my avo’s (grandparents) kitchen. My music has allowed me to relive, reminisce, and draw nostalgia from these experiences.“

His His came to be after relocating to your family’s hobby farm outside of the city, in an attempt to evoke something rural and honest. In familiar territory, how have you been able to clear your head to do just that?

HH: “It was important that I left the city for a bit to stay with my parents. Thankfully, I was able to move back home for a bit and reevaluate everything after I graduated. Spending time on the farm with the animals, being in nature, and being able to work on music helped me clear my head. I love living in Toronto, but I still write and record at my parents’ place. It’s nice to have a place to go to when things feel a little too busy.“

Most easily defined by the Portuguese word “saudade,” a feeling of longing and melancholy, you spent time in the empty spaces of an old wood barn, where you recorded entirely to tape and cassette to help achieve a warm, saturated sound. How do you find your time spent there has solidified the intention you seek out in your music, and how you view the world?

HH: “It’s a much more simplistic approach to life. I grew up in that type of environment, but had gotten disconnected from it, and I could see that even with the music that I was making at the time. I had to scale things back, just pick up the guitar, start singing, and hit record. I found using analog recording methods to be super inspiring, something I began when I started recording in the barn.“

HH: “Without giving too much away, you can expect a lot of shows in and around Toronto (and maybe elsewhere???). There’s a single that will be coming out very soon too. I’ll also be heading to the studio in February to start recording some new material. I’m really looking forward to 2023 and am happy to be kicking it off with Winterfest!“

Connect with His His: 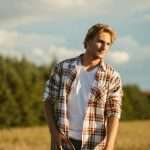 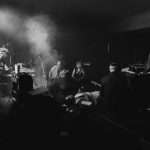