Since the release of their debut self-titled EP in 2010, Monster Truck, comprised of bassist and lead singer Jon Harvey, guitarist Jeremy Widerman, and keyboardist Brandon Bliss, has become known as one of Canada’s hardest-working rock ‘n roll bands, a reputation they’ve cemented by touring relentlessly and consistently upping their game.

Their epic, fourth full-length album Warriors, is everything you would expect from Monster Truck and more, bringing the band’s signature, riff-driven brand of rock to new heights.

The album includes the epic instant grat track “Fuzz Mountain.” The lyrics are a testament to the mountain of distortion pedals used to record it. Warriors also includes the single, “Get My Things & Go,” a swampy, bluesy rock ‘n roll blast to the face that is climbing the Canadian charts and is currently at #6 on Active Rock (MB) and #8 on Mainstream Rock (BDS). Additionally, “Golden Woman,” a fast-paced, unrelenting jam that peaked at #6 on the iTunes Rock chart, can also be found on the album.

Your first full-length release since 2018’s True Rockers, 10-track, Warriors, marks the band’s next chapter in rock n’ roll. What has your experience working on music been like since then? How have you kept the creative juices flowing throughout what could’ve been seen as a creative hindrance to some over the last two of four years, perhaps due to a lack of motivation or purpose?

Jon Harvey (JH): “I think I’m lucky. I honestly never stop writing music. ‘Warriors’ is the culmination of a few years of work spread out. Sometimes you write a bunch of songs close together, sometimes they are months apart. The title track was actually written after all the other bed tracks were fully recorded.”

With Warriors being the band’s fourth full-length record, how have you seen your songwriting, and musicality, evolve since the beginnings of Monster Truck? How has the band been able to build on your signature, riff-driven brand of rock, to reach new heights, without compromising sonic elements, styles, etc., that have influenced the band’s success?

JH: “The songwriting has just naturally evolved over time. The thing I found most interesting in this record was I was using a lot of the tactics of more pop songwriting, mixed with the sonics and arrangements that harken back to our early days. The end result is the most cohesive songs that we’ve written. It’s best to use what you learn, but always remember where you came from.”

The record was produced by multiple GRAMMY and JUNO Award-winning producer, Eric Ratz (Arkells, Big Wreck, Billy Talent). Having collaborated with Ratz on previous projects, how do you feel he’s continued to complement the band’s creative vision? What’s the biggest piece of advice you’ve been given while working alongside him?

JH: “Ratz is the fifth member of Monster Truck. He made the sound of the band. All of our most successful songs were produced by him. He is also an outstanding friend and an amazing person. Best advice: ‘you’ve only gotta play it right once.'”

The title track alludes to an overarching theme: fighting till death for the things one deserves. What is it on an individual level, you’ve fought for? What is it you still desire? What have you done to help with overcoming or coping with struggles and/or conflict, when on the journey toward attainment?

JH: “The ‘fighting’ theme is more of a metaphor than anything. It’s about finding your passion and achieving your dreams even when people say that it’s futile. It’s about giving your all to manifest your destiny. Keeping focused, grounding yourself, and having a positive mental attitude make the struggle a journey.”

What can we expect to come for Monster Truck, having now released the record?

JH: “You can expect Monster Truck to hit the road and rock n’ roll. We’re ready to take this good time all over the world, and spread the love.” 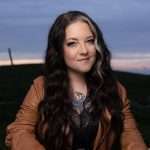 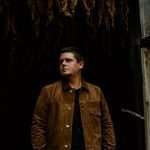