On her 6th birthday, Lulu Simon blew out her candles and wished that she wrote “Lucky” by Britney Spears. While the universe couldn’t make that happen, it was clear to Lulu as she grew up that she was destined to write songs and make music.

Influenced by modern artists such as Carly Rae Jepsen and Kim Petras, Lulu is able to fill a space in the current pop scene by bringing a singer-songwriter mentality to big pop productions.

Her new single “Something” is the ultimate sad pop track for when you’re stuck in your feelings.

Speaking on the new single Lulu shares, “‘Something’ is about romanticizing a past relationship, to the extent that you’re not fully ready to let it go – but you’re also not putting your life on pause, waiting for it. My previous songs were written from a very reactionary place, whereas ‘Something’ is more self-reflective, looking back on relationships with fondness – and saying that if this is fully over, then at least it happened in the first place.”

Lulu is poised for success with the release of her new EP later this year.

On your 6th birthday, you blew out the candles on your Barbie cake and wished you had written “Lucky” by Britney Spears. Though it’s still longing to be true, you did find a silver lining: realizing at that moment, you wanted to write songs and create music for the rest of your life. Though you had grown up in a musical household, I find your admiration for songwriting and composition at that young of an age, very compelling; it’s not something many 6-year-olds can comprehend. What was it about that track in particular and/or music in general that captivated you in such a way that you became enamoured with it?

Lulu Simon (LS): “I think my ear was just drawn to those classic doo-woppy chords, y’know, they’re so emotive and powerful, I think they’re really well loved and well used for a reason, and Britney just absolutely slayed with ‘Lucky’- it’s truly such a good song; it’s really stood the test of time, I still wish I’d written it!”

Having written around 100 songs since the age of 12, most of which are rooted in acoustic songwriting, you’ve now been channelling your inner 6-year-old with your love for pop music, releasing some of your proudest work. How have you found you’ve matured mentally and/or emotionally since your first write (whether that be accepting truths about yourself and/or others, shifting your priorities, values, perspectives etc.)? How has this positively influenced your songwriting and the music you aspire to create today? What is your favourite thing about the dichotomy between the two styles of songwriting?

LS: “I think that just living life, growing as a person, going to school, reading, listening to music, becoming an adult, all of those things expand your way of thinking and your perspective. Your world is so small when you’re a kid, you’re basically writing about a fantasy world, more idealized, but as you mature you start to write about things in a more realistic way, although I do think that hints of idealizations are crucial to not completely losing your mind. You have to have hope [Laughs].”

Your latest single, “Something,” was produced with the help of Griffin Emerson. What have you learned throughout the process of working alongside Griffin? How was he able to complement, as well as see your creative vision through?

LS: “I’ve known Griffin since I was a teenager, so I’m lucky to have someone who knows me and has watched me and my songwriting grow, and I really couldn’t be luckier. I think that working with him has allowed me to loosen the reigns a bit and trust that I don’t know everything, I can’t hear everything and that I can accept help and collaborate, and that doesn’t diminish my songwriting capabilities or talents.”

The track details the experience of romanticizing a past relationship to the extent that you’re not fully ready to let it go – but you’re also not putting your life on pause, waiting for it. I view it as a tug of war; reminding yourself that something is not nothing, in order to keep the rope from breaking or fleeting from your grip. How have you come to develop the compassion toward yourself that gives you permission to feel the way you do about certain situations, while also realizing it’s okay to feel exactly that?

LS: “I just think that a big part of growing up is learning to love yourself, and as you said, have compassion for yourself. If you don’t cut yourself some slack for literally being human, you’re going to run yourself ragged.”

With your previous songs having been written from a very reactionary place, “Something” is more self-reflective, looking back on relationships with fondness. How do you feel this track has allowed you and will allow others to take the good with the bad, smile with the sad, and look for the brightest spots in each moment?

LS: “I think this song at its core is about acceptance and finding peace; accepting the sad with the hopeful, the end with the beginning of something else, etc, etc. I hope that people can listen to this song and look back on their ‘somethings’ with kind eyes, for their old flames but also for themselves.”

What’s next for you, having now released this new single?

LS: “I actually just finished up an EP, so that’ll be coming soon! I’m really excited for people to hear all of the music I’ve been working on and am just grateful to be where I am.” 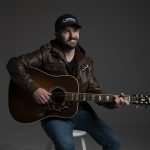 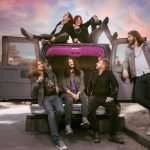