Returning from a 5-year hiatus to regroup, recharge, and begin to rewrite their story, Sierra Noble has been fine-tuning their production and songwriting skills, working on co-produced projects with Rusty Matyas (formerly of The Weakerthans, The Sheepdogs, Slow Leaves, Imaginary Cities). Since entering the music industry at the young age of 14, Sierra has experienced limited opportunities for women and gender non-conforming people and wants to use their re-aligned sense of self and production work to help and inspire others.

The new single, “Let Me Out of Here” showcases Sierra’s epic poise and crystalline melodies in response to the unwelcomed opinions and judgments of others. “Let Me Out of Here is for anyone who has been stuck in the darkness, or who is there right now. It’s both an acknowledgment of that pain, fear, and helplessness, and a hand reaching out to remind you that the light is still there, no matter how dim it may appear right now,” said Sierra. “In 2016, while my body was living in Nashville, I was fighting for my life in a deep depression, daily panic attacks, with never-ending anxiety. It was the product of a lifetime of carefully hidden trauma, abuse, and sadness that I had never addressed coming to head.”

Your first release at the age of 14 was an album of the traditional Métis Canadian fiddle tunes you grew up playing and was the starting ground for your now 15+ year career. What was that process like for someone so young and full of ambition? How do you feel these roots have helped you establish who you are as a musician/individual?

Sierra Noble (SN): “Summing up 15 years of a career is tough, it’s a loaded question if I’m being honest, but I will say that I am very glad that my career started as grassroots as it did. The folks I grew up playing with always made sure I remembered my roots, they keep me humble and grounded, and those are really important qualities to have when you’re really young and being offered the world. Beyond that, because I started so young, I was always playing with people older and more experienced than me. Musically, that was a blessing, because I was always surrounded by people who were better than me so I was always having to rise to the occasion. Later, “always surround yourself with musicians who are better than you” became my #1 piece of advice I give any young musician, and advice I still live by…frustrating advice haha, but definitely is still true.”

Encouraged by fellow musicians to sing, at 17 you decided to try your hand at writing songs. Your journey as a singer-songwriter has proven well, as you then learned the guitar and have really honed in on your own unique style. What was it like finding your own “voice”? How have you been able to use this extension of Sierra Noble to further your aspirations and fuel your dreams as a professional in the industry?

SN: “There was never a conscious thought of ‘yeah, this singing thing, this is what will give me the big break!’ I was just following the journey, and to be honest, that’s always what I’ve done. If there’s one thing I’ve learned (finally) after 15 years of doing this, is if what you’re doing is authentically you, and you authentically love it, people will respond positively to the energy that you put into it. If you love it, there are at LEAST 10 other people who will too. Never do anything just because you think it will give you a leg up in an industry, that shit will eat you alive eventually. Do what you love, do it in a way that feels good to you, don’t let anyone tell you what to do with your art or who you are. To be honest, I was pushed into singing and songwriting before I was ready, I didn’t come to it on my own. I’m obviously glad that I started singing, everything happens for a reason, blah blah, but I think I am only now truly starting to find my voice, on my own terms, and it feels great.”

You’ve had the incredible opportunity to open for legendary artists including Sir Paul McCartney, and Bon Jovi, and were a featured performer for the 2010 Winter Olympics Opening Ceremony. Speak on these experiences and the confidence they may have brought to someone looking to find their footing in the industry.

SN: “Three words. Shoot your shot. How I came to open for Paul McCartney went something like this: I had a meeting with a prospective manager, a short meeting over coffee in a hotel the night before she flew out. I asked her where she was going, she told me she was flying to Halifax to run local production for the big Paul McCartney show. Thinking I was hilarious, I jokingly said: ‘give me a call if ya need an extra opening act!’ And well, they actually did, and she actually called. Shoot your shot, tell people your dreams, tell the Universe what you want. Sounds cheesy sure, but it gives you a better chance at those insane dreams coming true than if you just write them down in your secret diary, doesn’t it?”

“But confidence? Meh, I will always have imposter syndrome. I was on stage opening for Paul McCartney thinking: ‘why the hell am I here?’ But the thing about that is, it’s not up to you to decide if you deserve that great opportunity. Someone thought I deserved to be there, so I did. Just be grateful, play your heart out, and don’t let it go to your head.”

Having entered the music industry at such a young age, you’ve come to experience the limited opportunities for women and gender non-conforming people. Having recently come out as gender non-conforming yourself, how do you wish to use your re-aligned sense of self to help and inspire others? How may this renewed sense of self be found in the music you continue to create?

SN: “I’m truly passionate about leading others through their own musical journey, whether that’s through co-writes, production, or artist mentorship. Peer support, creative collaboration, and knowledge-sharing are ways that we can all work to inspire and uplift each other and are things that I prioritize within my daily work. Through these things, I aspire to create a world where people feel free to be true to themselves, and for people to feel safe exploring, questioning, and being who they are.”

“I think the music I continue to create will push genre boundaries, speak more bluntly, and exude the type of confidence I can only get from having the freedom to truly explore my creative self without looking over my shoulder worrying about what everyone else thinks. This renewed sense of self has taught me that the most important thing about my music is the way that I feel about it and that, as long as I’m authentically being myself, I can have a fulfilling career doing what I love.”

Your latest single, “Let Me Out of Here,” showcases your epic poise and crystalline melodies in response to the unwelcomed opinions and judgments of others. How does a song such as this allow you to break away from others’ beliefs and live out your truths?

SN: “I already began to break away from others’ beliefs before I decided when and how to officially release this song – it just so happened to be a perfect segue between the Sierra most people knew me as, and the Sierra that I’m excited to start sharing more openly. It does feel a bit like a big sigh of relief to finally put it out to the world as the inception of where I’m headed and the official announcement that I’m returning to full-time artistry, fiercely and unapologetically.”

Apart from the single, you’ve recently been accepted into the prestigious Music Publishers of Canada Women in the Studio program and received an MFM Pre-Production and Manitoba Arts Council grant to write and record your next body of work, what we can expect from Sierra Noble in the coming months.

SN: “I’m really looking forward to spending the next number of months focused on writing and recording, and I can’t wait for you all to hear it when it’s finished!” 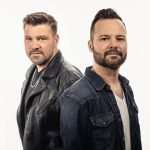 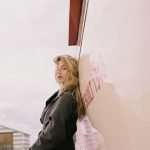