In an occasionally cold and unforgiving world, the travelling man lugs around his battered suitcase, looking for a place to rest his head. For Flatland Cavalry’s Cleto Cordero, that place is one of warmth and comfort; where flames burn brightest, and blankets are plentiful.

Produced by Bruce Robison and recorded at The Bunker in Lockhart, TX, Songs To Keep You Warm consists of six new tracks written by Cordero in anticipation of the winter months ahead.

Reflecting on the project, Cordero shares,

“An idea came to me in June, out of the blue, late one evening at bedtime after a very long and wearisome few weeks on the road. I was in the kind of place where I was completely exhausted, both mentally and physically, and laying there in a state of surrender, the entire idea for this EP just flashed into my mind: The studio and producer, the songs and the theme, Songs To Keep You Warm.

Historically, we have never announced a fall project, so I am excited to release a curated batch of songs that, I believe, pair well with the season of chilly overcast days, falling leaves and all things pumpkin-spiced. I hope these songs are something fans will cling to during the colder months—something to keep them warm until spring arrives!”

“Mountain Song,” the opening track on the record, tells of the quaint and quiet mountain town of Red River, New Mexico. Looking out the cabin window at the moonlit mountain in the distance, Cordero crafts an imagery-driven ode to the scenic landscape, along with all the moments had, and memories made there: Pine tree campfire, a bottle of Blanton’s, Piñon perfume blowin’ in the wind.

A track like “Damaged Goods” reminds us that with time everything changes, including one’s self. Recalling a time of innocence, Cordero longs to get back to the person he used to be: a 17-year-old, living in a big world surrounded by love. Instead, he’s found himself in a hole in the ground, with loose sand and dirt forming a ramp to climb out. If he were to step too close to the edge, he may fall to the bottom once again. Sometimes one can get lucky and someone is willing to throw you down a rope, but after countless failures your strength depletes and you are unable to hang on and pull yourself out; you’re out of energy, begin to lose hope and question your self-worth, and eventually stop trying. All that’s left to do is playback the good memories left in your mind.

Similarly, “How Long” featuring Cordero’s wife, Kaitlin Butts, explores the forever felt in a broken heart. Hidden behind a poker face, Cordero clings to heartache like cast iron in his chest. Wondering how long a heart breaks, is a kind of forever only felt when there is no answer to be found. The gentle sonic elements exemplify the depths of his hurt, as he struggles to find worth and comfort in the act of simply begging the question.

In “Parallel,” the last cut written for the EP, Cordero speaks of the bond he and his wife have despite the miles that often separate them while on tour. Featuring Pistol Annies’ Ashley Monroe, the song explores how the two’s parallel mindsets of being working musicians with big aspirations actually bring them closer together than further apart. Dreaming the same dream has allowed the two to have empathy for one another, and makes it that much sweeter when they find themselves together in the same place.

A tale of young love turned cold, “If We Said Goodbye” gives hope to what’s felt like a losing game. A reminder of what was, so not to dwell on love lost, but to reclaim a sense of old, with a new lover. May the embers of fires past, keep him warm in his adventure toward finding a brighter flame.

Closing out the record, “Show Me Now Which Way To Go” is the perfect conclusion to a body of work that encompasses hope, hurt, love, loss, and tire. With little left to divulge, Cordero looks ahead to what’s to come. With much courage and zeal, his compass shall lead him on the path toward home. A place where once settled, is sure to be as warm as the sun that lit the way. 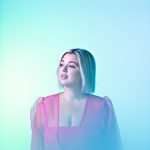 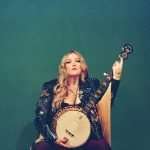