These last couple of years have left us with nothing but time to harbour our emotions, constantly challenging us to find ways to feed our souls amidst the strangeness of the world. Seattle septet, The Dip, is here to deliver unbridled rhythm-and-blues, sure to do just that.

Featuring eleven tracks, Sticking With It, their Dualtone Records debut, is the third full-length release from the group. Produced by the band and recorded at their self-made studio in Seattle’s Central District, is an intimate examination of the human heart. Reflecting on matters both timely (the crush of late capitalism, the glaring need for true community) and irrefutably timeless (the vast complexities of love and loss), the record captures the mood of the current moment while simultaneously offering a much-needed escape.

Kicking off the record is “Paddle to the Stars”: a prime introduction to the groove-heavy and richly detailed sound The Dip have embodied since playing house parties in the early 2010s. The first song recorded for the album, it arrives as a striking departure from the reverb-drenched aesthetic the band has favored in the past. “We ended up going with a very dry sound with no reverb behind it, which allows you to really hear the room and feels so much more like the live show,” notes guitarist Jacob Lundgren. And as lead vocalist Thomas Eddy reveals, the song’s stark quality is perfectly suited to its candid declaration of devotion. “It’s about being in a relationship with someone who’s emotionally in touch beyond your own abilities, but recognizing that and wanting to invest in opening up,” he says. “I liked the idea of playing with the image of the immensity of the ocean, how it’s sustaining but also dangerous—and if you don’t watch out, it’ll get you.”

The following track “Sleep On It,” is a delicately layered love song about “someone who only gets to see the object of their affection in their dreams, so they’re just waiting until they can go to sleep again,” says lead vocalist, Tom Eddy. There are few people in our lives that capture our soul the moment we look into their eyes. So much so, that we can’t let go. Every night we dream, they’re all we know. The uplifting melody gives purpose to one’s feelings and acknowledges that at the very least, a moment gone, is far from a moment lost.

Progressing through the record we’re met with the group’s latest single, “Real Contender.” Reflecting on the song, Eddy shares, “This track is about being an unlikely candidate for someone’s affection. Perhaps a long-time friend. Someone who was there all along but never had the guts to reveal their heart and put their name in the hat. Then they realize that life is too short to keep those kinds of feeling bottled up, and they go for it.” Oftentimes the greatest loves stem from the unlikeliest of circumstances. Take the chance – it’s always better than spending the rest of your life wondering what could have happened. Opening with a strong and steady drumbeat shows that the lover is confident in taking the chance in going after what they want, and will stop at absolutely nothing to get it.

With the pandemic turning everyday life on its head, we’ve been left to live in silence and disbelief, while watching what feels like the whole world, burn down. The next track on the record, “Crickets,” expresses this. Dialing it back to the ‘60s, in the words of Sam Cooke, “A change is gonna come” – that it did. We must learn to be one and fight for a greater future.

Closing out the record, “Forget About It” speaks of the indignities and absurdities of the contemporary economy. Middle-class citizens are left doing all they can to live substantially but are hindered by wage stagnation among other factors. When it comes down to it, it was over before it even began with the concept being all by design; the rich get richer while the rest just get by working to the bone. Though this may be a song that makes you want to throw your hands in the air and throw in the towel, we are left with an encouraging message: live a life of truth; help and be good to one another.

Of the album, drummer Jarred Katz shares, “It’s really important to us to catch those lightning-in-a-bottle moments when you can feel the momentum of a song taking shape…one of the main goals for the album was to create that feeling of all of us in a room together, instead of worrying too much about everything lining up perfectly,” while Eddy adds, “With the lyrics, I tried to evoke certain emotions that aren’t often showcased in popular music, with the hope that people will come away feeling validated or understood.” Indeed, the title to Sticking With It partly refers to the joyful sense of gritty perseverance The Dip hopes to impart to their audience. “We’re in this strange moment when sometimes it’s difficult to even get out of bed because of what’s going on in the world,” says Katz.“But over the years we’ve had so many people tell us that our songs have helped them get through a rough patch, or breakthrough to a new beginning in their lives. That’s something we’re honored to provide for everyone, and hopefully, these songs will do the same.”

May the music feed your soul and ignite a fire within your heart. No one is alone in this thing we call life. 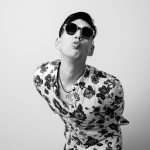 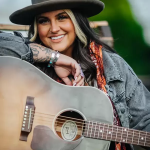