Comprised of Josh Lloyd and Tom McFarland, Jungle started as two friends dreaming of one day seeing their name above the door of their favourite local venue, Shepherd’s Bush Empire. Since then, the pair have come a long way after releasing their self-titled debut album in 2014, which led to selling out London’s 10,000 capacity Alexandra Palace and the Hollywood Palladium some 9,000 kilometres from home.

Following the success of their debut album, the pair have performed on five different continents, headlining shows from Sydney to Moscow, and winning new fans over at festivals such as Coachella, Bonnaroo, and Lollapalooza. Their Mercury Prize-nominated, Gold-certified debut and 2018’s follow-up For Ever both entered the UK Top 10. Those two records have since amassed 750,000 equivalent album sales and close to a billion streams.

Loving In Stereo, their highly anticipated new album is set for release  August 13 via AWAL. “Keep Moving,” the album’s debut single, is a disco-infused track which premiered on Annie Mac’s Hottest Record in the World. Reflecting the changing circumstances the pair found themselves in during these trying times. As co-founder Tom McFarland summarizes, “Whatever you go through, as long as you can stay strong and fight it, there’s always something on the other side.”

Jungle directed the video for “Keep Moving” alongside longtime collaborator and creative partner Charlie Di Placido, the first look at a larger project to create a visual identity for every track on the album. In pursuit of this aim, Jungle filmed all the visuals in five days, shooting roughly three videos a day. “Our focus was to create a collection of visuals where we developed the narratives of the characters throughout the whole piece, giving the audience a chance to form more emotional connections to these inspiring people,” explains McFarland.

Explain how your latest single, “Keep Moving,” might be an anthem of encouragement to those trying to find their way in these difficult times.

Tom McFarland: The song feels really uplifting to us, and the message is really simple. It’s always good to remind yourself that things will get better even when you’re in your darkest place. If you just try to stay positive and fight for a better future, then a lot of the time that is rewarded. Keep Moving is such a universal message and we really want people to take from it what they need. It will naturally have a deeper meaning for some people than for others, but that’s what makes music so beautiful.

The music video for this track is the first taste of your concept to create a “visual identity” for each song on the upcoming record. In an effort to allow your audience to form more of an emotional connection to narratives of inspiring people, explain the importance of establishing this kind of “identity,” and how music is far more than just something we hear.

TM: We have always aspired to create a visual for every track on this album; it is something we’ve not been able to achieve before, and we felt like every track on this record had a chance to connect with people. Having a visual to associate with is important to help strengthen those connections. I think when you allow your audience to relate to a track not just in how it sounds but in how it ‘looks’ too, it can have a lasting impact. Watching the dancers add more dimension to the meaning of the songs using their movement alone is inspiring to us and often helps uncover hidden stories and depths we’re almost unaware of ourselves. The layers of emotion make it almost more valuable to the listener, as it keeps giving them more to untangle.

The highly anticipated release of your third studio album Loving in Stereo, will mark the first of feature collaborations for Jungle, and will include artists such as Priya Ragu and Bas. What elements of these artists’ dynamics, creativity, etc., were put on display during the making of the record? What lessons might you have learned as a duo throughout this process in relation to your career, and life as a whole?

TM: Collaboration is really one of the most important tools an artist has these days. It’s really our only way of continuing to learn. Whether you’re taking inspiration from another musician’s culture, their voice or even just seeing their process and how it differs from yours, it really just helps to open your eyes to different ways of doing things, and that can be an incredibly creative and rewarding process. We met Bas backstage at a festival in New York, and his energy was just limitless. He really made us feel welcome and loved, so when we got the chance to get in the studio with him it was a no-brainer. His attitude to music was super laid-back and that was definitely something we took away from that session. Priya is just an undeniable talent. Her voice and her use of melody are really exciting because not only has she got a really incredible grasp on Western pop structures and form, but her Tamil roots give an entirely different perspective on melody and scales that just don’t exist in Western music. Her fusion of cultures was really exciting to work alongside because you were making music you’d never really heard before.

With the launch of your own label, you find yourselves embracing a new-found freedom that has sparked a creative rebirth. Going back to your roots, and making music without second-guessing others’ expectations, explain the feeling of liberation felt when putting together a record bound by love, positivity and new beginnings.

TM: It’s just a lot less painful than writing songs about heartbreak, I guess. When we set out on this journey for LP3 we were happy, in love, and life was exciting and full of energy. Realizing that we were in a position to release this album on our own label only added to that. We’re in a place of extreme creative liberation at the moment, and I think the album solidly reflects that; it feels more energized and positive than the first two albums, and that’s a reflection of our confidence in ourselves. It’s easy to waste a lot of time worrying about what people are gonna think about you, but once you push past those fears, you begin to realize you have no limits.

Having met at the age of 10 in West London’s Shepherd’s Bush, the two of you didn’t begin making music until the year 2013. What might be something you’d be proud to say to your younger selves, after seeing just how far you’ve come?

TM: It would be good to say thank you to our teenage selves, I guess. It’s easy to give up on dreams when you’re young because the path to those goals can seem really rough and daunting. So, the fact that we both had the faith in ourselves to keep making music no matter what, for so many years, is something I’ll be eternally grateful to myself for. It would have been easy at times to pack it all in and get a real job, but the fact we can sit here about to release our 3rd album is just really cool and something I’ll never take for granted. 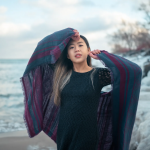