Music was a constant in Charissa’s home growing up. After singing along to hits by Queen, Allison Krauss, Whitney Houston, Stevie Nicks, and Blue Rodeo, her parents decided to enroll her in vocal lessons where she further developed her passion for music and later started to learn to play the guitar.

The Burlington, ON, native is a storyteller, and the best stories are ones that don’t shy from honesty. She has been honing this thoughtful, meditative approach to songwriting since her formative years, combining lush, flowing arrangements to create a sound that is uniquely her own.

Today, her debut EP ‘Love and Be Loved ‘ has been released via Coalition Music and is available on all streaming platforms. In the 5-track collection of songs, Charissa gets real about heartbreak, true love, pain, and ecstasy, with lyrics that testify to well-earned wisdom far beyond her years. The EP was produced by Colin Cripps (Blue Rodeo) and recorded in the large chapel at Coalition Music Studios in Toronto, with an impressive list of collaborators including Jessica Mitchell, Tom Wilson, Jesse O’Brien, and Carrie DeMaeyer.

Each track on the EP reveals a new depth to the truth Charissa offers including, “The Last Time.” Co-written with Canadian songsmith Jessica Mitchell, she hits a sweet country groove as romantic sentiments conjure good vibes, celebrating the magic of time spent with your person.

Also included on the EP, is the recently released single, “People Like You,” a quiet acoustic track that reminds listeners that even when times are tough, there’s always a light at the end of the tunnel, and likely someone waiting there to help you out of the dark.

When did you first develop a love for music? When was it that you knew you wanted to pursue a career in the industry?

Charissa: “I have been passionate about music ever since I can remember. Growing up,  music was a constant in our home. I was introduced to all genres of classic and timeless music. I am grateful to have known at a young age what I wanted to do in life. It was in high school when I realized I could really take a chance and try to make a career out of it.”

Charissa: “I started writing lyrics when I was twelve years old. Over the years I have found old notebooks of song ideas from those times. However, I really started to work on songwriting when I was around eighteen years old. I slowly started to do some co-writing with talented songwriters which really helped develop my sound. I also covered a lot of songs from different eras and genres that influenced my sound. I believe music evolves constantly, but continuing to write from the heart and about my own personal experiences has really helped develop a Roots/Americana vibe.”

What has it been like working with Coalition Music after much time as an independent artist?

Charissa: “I have been working towards this since the age of twelve when I started to learn about the music business. I’m very thankful to have had such an amazing opportunity to be a part of the Coalition team that helps and guides me to be the best I can be.”

As someone who grew up listening to bands like Blue Rodeo, among others, tell us about your experience working with Blue Rodeo’s own, Colin Cripps, on your debut EP, ‘Love and Be Loved.’ What’s the biggest thing you’ve learned while working alongside him?

Charissa: It feels surreal… it’s almost like it has come full circle for me. I have learned a lot from Colin, from the technical sides of production, song structure to harmonies. He really showed me how a song needs to breathe and the importance of building dynamics from the beginning to the end of the song. We worked on my harmonies that you will hear in the songs on this record.”

To help better articulate the overall theme of the record, explain what the act of loving someone, and have them reciprocate that love, means to you. How do you feel this is echoed throughout the record?

Charissa: “I’ve always been a dreamer and a very passionate, emotional person. Love is something I’ve dreamt about and at times after being burned, I wasn’t really sure if that was going to be my destiny in life. I often thought about that Stevie Nicks’ mentality of being ‘married to the song.’ After meeting my partner, I realized how beautiful and rare it is to feel a love like that, and how it has brightened my life.”

Opening with the uplifting “Scars and All” we’re taken through past compromises and broken-hearted memories, leading to the demand of unconditional acceptance. While we’ve all got scars, we must accept one another for who we are, in order to make anything of something. What has given you the courage to face the battles within, and embrace the faults of yourself and others?

Charissa: “Coming to the realization that we all have our scars and flaws but that’s what makes us human, we are real and we feel deeply. If we don’t open ourselves up to anyone, we risk being alone or lonely. It can be a really frightening time to be vulnerable with someone and possibly have your heart shattered at any time. There are things in life we may never get over but I think it’s amazing to have someone by your side that will be there for you in your darkest days, and still love you and accept you no matter what.”

Shining above us high, are the stars we see twinkling in the night sky. Sometimes they hide, and we may fear they’re gone forever, but, it is not until we walk our darkest days, do they come to light the way. Who is your saving grace? Explain that “first time in a long time” feeling you felt in your heart, after much time, keeping from believing, and watching hope fade away.

Charissa: “My saving grace is my partner. ‘Starlit Sky’ was written about him and how I was so grateful to have met him that night. I was going through a lot at that time and it was like we both just gravitated towards each other, breaking down each other’s walls; jumping right in. It was really refreshing to meet in person so spontaneously, especially in today’s world.”

Co-written with Canadian songsmith Jessica Mitchell, “The Last Time” celebrates the magic of time spent with the one you love. Tell us about your experience working with Jessica, being someone you look up to. In what way(s) was Jessica able to complement your creative vision?

Charissa: “Jessica is a very talented artist who blows me away and it was a really amazing experience writing with her. She helped me be more descriptive in my writing and really get the song idea to the next level.”

In a world so big, it’s hard not to feel small. What’s important to know is, you matter. What steps have you taken (or hope to) on an individual or artistic level, that help you stay mindful of that? What is one message you could give to those struggling to find brighter days?

Charissa: “I believe we are all special in this world and we have a reason for being here. I myself struggle sometimes, but I have realized it’s really the little things in our daily lives that end up being the ‘big things.’ Find those little things that bring joy every day and always do more of that. Have something to smile about, laugh a little more and surround yourself with people that lift you up and bring out the best in you.”

What is next for Charissa following the release?

Charissa: “I’m so excited to perform these songs live and share them with everyone! Follow me on my socials for all upcoming events. I will continue to write more songs, and hopefully have another record out in the near future.” 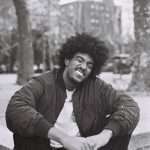