A solo alt-pop project of Nashville-based artist Lexi Aviles, the music of Love You Later pairs electric melodies and honest lyrics with shimmery guitar riffs and euphoric synths; making you feel like you’re in a dream. Over the past few years, the 23-year-old artist has opened for OneRepublic, Dayglow, and Briston Maroney, attended SXSW as an official artist and, last year, sold out Nashville’s EXIT/IN.

When asked about the video, Love You Later had this to say:

“When writing ‘Keepintouch’ I was developing a vision of colors, moods, and themes I want to communicate in the visuals for this release. My hope was to encapsulate the feeling of longing to not feel so distant from myself or from everyone around me by using visual representations of isolation, space, meditation, and symbolic auras. I knew Chase and his team would be the perfect people to bring my vision to life.” 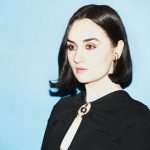 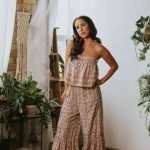