With over a million collective streams to date, Shantaia is quickly making a name for herself in the country sphere, having shared the stage with the likes of Kane Brown, Chris Lane, Ryan Hurd, Emerson Drive, and Charlie Major, and performing on some of the top stages such as Nashville’s Whiskey Jam, The Listening Room Cafe, Americana Fest, Cavendish Beach Music Festival, and Dauphin’s Countryfest.

Currently living in Nashville, Shantaia is writing with some of the most prominent writers in Music City, playing milestone shows, and working on bringing her new music to the next level. Her recent single “Hung Over You,” continues the upwards trajectory of her sound and talent as she continues to dominate the indie country scene.

On the new release, Shantaia shares: “I like to call this song my ‘Sad Girl Summer Bop.’ Lyrically, it’s about being heartbroken and covering up that heartbreak with bad habits. Melodically, you can dance on a bar top and scream it at the top of your lungs! I wrote this song with Tyrone Golden Carreker and Vanessa Marie Carter. This song is very inspired by Sam Hunt’s melodies, which makes sense, as Tyrone has been Sam’s right-hand man for many years on and off stage!“

Growing up in the small town of Spiritwood, Saskatchewan, you’ve always had a love for country music; entering competitions across the country, and performing onstage every chance you had. How would you attribute your small-town living to your love for country music and its authentic, storytelling nature?

Shantaia: “Well although I grew up in a small town, I also spent most of my evenings, weekends, and summers on my grandparents’ farm. Their house was always playing the local AM Country radio station and I’d sing along. I grew up riding horseback and chasing cows, so I guess you could say I’m a true country girl at my core!”

At the age of 3, you were already in singing lessons, followed by piano/guitar at the age of 6. To have had an understanding at such a young age of what it is that lights a fire in heart, is extremely powerful. How has discovering your passion early on, allowed you to work through any outside noise, self-doubt, and given you the opportunity to make three-year-old Shantaia proud?

Shantaia: “I don’t think anyone completely works through self-doubt and outside noise in this business, but I do think it’s helped me get to know myself sooner. It also isn’t always easy knowing what you want to do so young, while your friends are having birthday parties and chasing boys – haha – you can feel a little left out. But it definitely set me up for success now, and I’m proud of all I’ve accomplished at a young age!”

Soon after, at the age of 9, your love for songwriting blossomed. Explain how that came to be. How has it influenced your musical journey and the stories you wish to tell?

Shantaia: “My great grandpa was sick, and it inspired me to truly put words down on paper to make sense of how I was feeling. It was then that I realized writing songs was a very therapeutic outlet for me. What I was writing back then is pretty different from what I’m writing now, but it all has to start somewhere!”

Flash forward to a young girl just out of high school, in December of 2015, you had the opportunity to record 3 original songs in Nashville with CCMA and Juno Award-winning artist Crystal Shawanda. In 2016, you released your first single “Crave You” to radio, as well as had a successful radio & concert tour across Western Canada following the release of your sophomore single, “Girls Like Me.” Now residing in Nashville, what has this move meant to you and for your career? How has the Nashville music scene challenged and/or benefited you artistically and individually? What more have you come to learn about the culture of country music?

Shantaia: “I always knew I wanted to move to Nashville, it was just a matter of timing and bravery. Being here has challenged me as a songwriter especially. I have grown so much as a writer, and have branched out into all kinds of genres which I think is super cool! The Nashville music scene and community is so inviting and welcoming. Everyone here is willing to help or lend a hand, which isn’t something I’ve really experienced before. It’s less of a competition and more of a ‘how can I help you and you help me?.’ I thrive in that type of situation!”

Following your single “Broke To Brand New,” your latest release “Hung Over You” is about covering up heartbreak with bad habits. Talk about feeling the need to put your vices ahead of your virtues in order to deal with the sorrow. How has the creation of the song allowed you to recognize the ill and forgive yourself?

Shantaia: “Sometimes you just gotta do what you gotta do to get over someone, judgement free. This song Is about coming to the realization that you are hung up on that person and doing unhealthy things to get over them. I think everyone recalls the realization moment of where they’re coping with a breakup wrong, so I just wanted to relay that feeling into a song that pretty much everyone can relate to!”

Written with Tyrone Golden Carreker and Vanessa Marie Carter, how do you find collaborating with the two of them on the track has helped give validity to your feelings, as well as perhaps offer you comfort in the way of advice or understanding?

Shantaia: “Well I personally was not going through a breakup while writing this song, but that’s the beauty of music; we can bring up old feelings, or write a song about a friend’s situation. I’m an empath so I feel things strongly, even if I’m not personally going through them at that moment. Tyrone and Vanessa have also had their share of heartbreak and binges, it’s just a universal feeling. Writing the song is a kind of comfort in itself!”

What’s next for Shantaia having now released this single?

Shantaia: “So much is next! It’s the third song you’re hearing to come off my upcoming album. A music video is dropping at the end of the month, and I can’t wait for everyone to see it!” 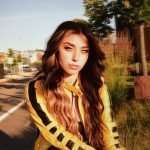 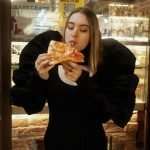