Josh Bogert is a bonafide triple threat; singer-songwriter, multi-instrumentalist and producer, the prolific 21-year-old delivers a distinctive sound that is both complex and candid, shaped by diverse musical influences ranging from artists like JP Saxe to Jon Bellion, and musical icons Ed Sheeran to Justin Bieber.

Traversing an array of personal pathways, Bogert’s writing bites with honest lyrics set against a backdrop of dynamic arrangements that deliver a sound that feels organic, craftily conveying texture through lush production to engage the senses. An explorer of our innermost feelings, he has the innate ability to reflect the intimacy of relationships and communicate through song what it means to be human.

“Dreams,” written and produced by Josh, is a fun pop track with a chorus that makes you want to get up and dance despite the yearning and nostalgia that comes through in Josh’s lyricism.

In addition to his music career, Josh is an established actor who is known for his lead role as Miles Lennox in the Disney/Netflix/Family Channel original series Backstage,

Your musical journey has forever been in motion. At the age of four you began taking classical violin lessons, at the age of ten you took up guitar lessons, and in the years following, tried your hand at performing, and open mics in your community. What is it about this facet of the arts that appeals to you the most?

Josh Bogert (JB): “From my very first violin recital, I fell in love with being on stage. Performing has always been the driving force of my passion for music. It’s the experience of connecting an entire audience through a song that makes me feel the most alive. It’s an energy that is addictive, and I’ve yet to find it anywhere else.”

Approaching adolescence, you began to follow more closely what it is that ignites a fire in your heart.  With a career in the music industry as your main focus, you wrote your first song at the age of 13. What brought you to this realization? What has your journey up until this point allowed you to discover about who you dreamt of becoming as an artist, and what you needed to do on an individual level to get there?

JB: “I’m not sure exactly how I knew so surely from such a young age that this is what I wanted to put my life towards. I just made the decision that this is who I am. I didn’t know exactly what the path would be, but I decided to start with the things I knew I could do and figure out the rest step by step. It’s been a learn-as-I-go journey and I’ve been lucky to have had so many industry experiences early on. Every step has only strengthened my belief that this is what I’m supposed to be doing.”

As someone who is familiar with the industry on multiple levels; proficient in playing many instruments, having a knack for music production, while continuing to master songwriting, how have you found it has helped with understanding your aspirations as a flourishing artist/individual in the industry?

JB: “I’ve fallen in love with every aspect of both music creation and performance. I love creating an experience for listeners and fans both on stage and in a recording. I think it’s because those musical experiences shaped my life as a child, and I want to be able to give that same feeling to others. Immersing myself in the entire artform in all its facets has really helped me know for sure that it’s the right path for me.”

Beyond your voice, you have experience with another art form – acting. How have your experiences in this sector of the arts influenced your artistry, and ultimately how you carry yourself as a singer-songwriter (stage presence, nerves, load management, etc.)?

JB: “My experience with acting has definitely contributed to my comfort on stage, as well as speaking off stage with things like interviews and social media. It also opened a lot of doors for me in the music industry, and helped me get my start releasing music officially.”

You’ve come to release your catchy new single, “Dreams.” How did the idea for this song come together?

JB: “I wrote this song at the beginning of the pandemic, and my goal was to create a fun, catchy song that represents finding joy in a difficult situation. It was something that I think I needed reminding of myself, and I’m sure there will be listeners who feel the same. The song sounds fun, upbeat, and it’s perfect for jamming along to all summer, but if you listen to the lyrics, it’s about a joyful moment within a kind of sad story.”

How would you compare the creative process behind this single to that of previous releases?

JB: “I usually co-write my songs, but this one I wrote on my own. No one else touched this song but me. From writing to mastering; I feel I put a lot of my personality into the song. That being said, on the release end of things, I’m more supported than ever. I’m grateful to have an incredible team working on the release and helping me get the word out to both my ride-or-die fans as well as new listeners!”

What does this song mean to you on a personal level?

JB: “This song is really about finding joy in difficult times, and focusing on the silver lining.”

If listeners could take something away from the song, what would you hope it be?

JB: “I want listeners to find their own story to connect with the song. It’s something that I think a lot of people will be able to relate to in their own way. I also just want the track to make people feel good!”

What can we expect from Josh Bogert following the release of the single?

JB: “I’ve got many songs in the vault that I can’t wait to share with everyone. I’m also playing around with the idea of an album… so stay tuned! Also, I’m super happy to be getting back into more live stuff now that the world has opened up!” 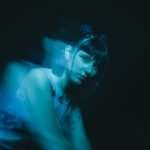 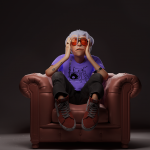