Though born perfect, whole, and pure, over the years our souls become littered with things that leave it tarnished and seeking redemption. This is not to say that the world is only full of good, or only full of evil, in fact, it’s all mixed up. But, it is our duty to wrestle with faith in order to conquer all the ugliness that may come our way. For 24-year-old Taylor McCall, God and the Devil are constantly showing up in his life.

Growing up, Taylor spent his days in the mountains and streams of South Carolina learning to fly fish with his father. After high school, he needed a change of scenery, which led him to enroll at Montana State University. After school, he bought a drift boat and was settled on becoming a fishing guide, but his passion for music called him back. He sold his drift boat, packed up, and moved back to South Carolina, renewing his dream of pursuing music full time. The emerging singer-songwriter has since released EP’s, but he believes his most recent release feels like his most authentic self. “Everything up to this never felt fully satisfying to me. The previous EP’s always left me wanting more — it wasn’t like going out to dinner and having a five-star chef cook, it felt like a drive-thru. This, to me, felt like what I’d been dreaming about for years.”

Produced by Sean McConnell (Michael Franti, Wade Bowen), Black Powder Soul is the product of a winding musical journey for McCall that began at age seven when he received his first guitar. In the years since, the avid outdoorsman has formed his own sense of unique musicianship—incorporating self-taught styles that fit each song rather than following conventional techniques. With Black Power Soul’s fourteen tracks, McCall explores the balance of good and evil, destruction and healing, and the importance of having faith in the darkest of times.

McCall’s first memory of music comes from his grandfather’s guitar that was stashed under the bed. Appropriately, it’s his grandfather’s voice that opens Taylor’s striking debut album. Crooning an old slave gospel, it is not just an homage to his late grandfather, but a foreshadowing of what’s to come. Graveled vocals hauntingly welcome the listener into a journey of navigating the unknown and troubled waters of the world, in an effort to reach the promised land. “It’s the circle of life: you’re dropped off here, by the Old Ship of Zion, and everything in between is life itself, from good to bad.”

The title track embraces the dark undertones of the record as a lone reverbed guitar and backing vocal set the stage for McCall’s whiskey-soaked vocals as he tells of a “black powdered” soul; one that is as much dark as it is mysterious. A soul blackened by the negative emotions of fear, sadness, jealousy – drenched in sin. “The things that clutter up the pure soul are all in here. We all have a Black Powder Soul that can explode, but there is redemption in all of us too.”

With “White Wine” we are given our first taste of acoustic accompaniment to McCall’s vocals on this record; a true storyteller technique. A tale of a love gone sour, McCall comes to know that along with its ups, life has its downs. He was never taught to love every minute of his life. A love that was only for the moment, is remembered sweetly through the taste of her lips and white wine.

Hounds on his heels, blood in his tracks, the only thing left is to run. “Hell’s Half Acre” is a deep dark hole. He can’t do anything to save his soul, nor can he buy forgiveness for what he’s done. McCall is left covering up the scars of his past in order to keep from falling any deeper into the depths of Hell. Ghosts and skeletons haunting him, bringing him closer and closer to his death. The murky guitar, tambourine, and hard-hitting drums communicate a sense of urgency as if to say, “all the time you have is now.”

Taylor expands on the track,

“I just absolutely love that take, it was the first or second take, like most of them honestly. In the studio, it was just so much fun to play — it’s like a movie. You can feel it speed up and slow down. The song just flows in and out of tempo like it’s alive and breathing. What was so great was that it was as if someone was dreaming about being a magician and then becoming one in the same night.”

“Man Out of Time” depicts a gambler whose fate is decided upon the roll of dice. With the sun at his back and shadows weighing on his mind, faith is to be laid out on the table. No sooner said than done is the Dead man’s hand shown.  Stripped of all purity stands a man all alone, deeply rooted in faith, left questioning and wandering the ways of the world.

The 9-minute throbbing blues track “Lucifer,” intensifies the reoccurring dialogue between angels and demons heard throughout the record. “Got the good book in my pocket and a six-gun in my hand.” This can be understood as McCall’s fight to find eternal peace. “My body may be broken, oh but my soul she’s as good as new.”

Though we will never leave this life as pure as we came into it, our black powdered souls, masked with all our faults, misfortunes, and otherwise, help us recognize the best version of ourselves. The Yin-yang of life reminds us that without darkness, there is no light. May we continue to sail stormy seas, knowing one day the Old Ship of Zion will allow us to leave our troubles behind and ascend into the promised land. 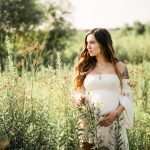 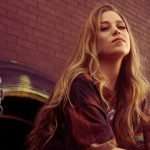